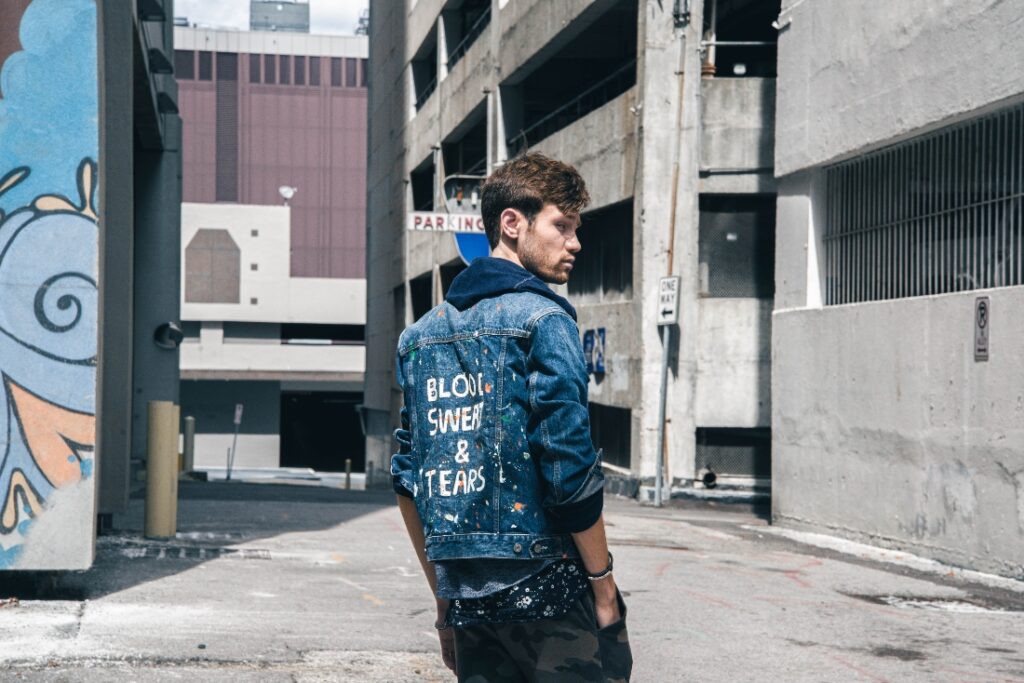 The time has finally come. Our new favorite emerging pop artist out of Nashville, Kory Shore, releases the debut EP that we’ve all been waiting for entitled “Blood Sweat & Tears”. Created entirely out of his one bedroom apartment, “Blood Sweat & Tears” was written last year when so many people were facing feelings of isolation, anxiety and uncertainty. Kory found himself having to confront his inner turmoil for the first time. Writing this EP helped him navigate the discomfort of getting to know himself, someone he was so used to ignoring.

Produced entirely by Kory Shore and co-producer Palmer Hooks, “Blood Sweat & Tears” draws inspiration from artists like Jon Bellion, Brian Adams (The American Dream), Kanye, Lauv (Us), the Akira soundtrack (A Japanese film), Johan Sebastian Bach (outro of Blood Sweat & Tears) and many more. The two producers approached the project like a sponge, listening to different styles of music and marrying the parts that they found to be the most exciting. A perfect introduction to who Kory is as a person, “Blood Sweat & Tears” reveals an honest deep dive into his battling with self doubt, his pursuit of a long-term loving relationship and his anxiety about the future. The culmination of his versatile talents presents a satisfying project for lovers of indie pop and strong storytelling – a perfect blend of relatability and escapism right in time for summer vibes.

Kory grew up in the suburbs of Philadelphia in an entrepreneurial environment filled with creativity and science. A typical week (not including school) would include piano lessons, wrestling meets, running an Open Mic, theater rehearsals, learning ProTools (at his dad’s studio), creating youtube videos, paintball skirmishes, science experiments, skateboarding, and learning how things work.

He attended Belmont University with a major in songwriting and has spent time on the west coast exploring the LA music scene. As a songwriter and producer, he’s garnered cuts with Cam Meekins, danny G, katie MAC, MNERVA, Leena Regan, Sheyda, Jack Decraene, Z Smith, and many others in Nashville and LA.