Watch Out for G Premacy! The New Yorker has a new album on the way.

Watch Out for G Premacy! The New Yorker has a new album on the way. 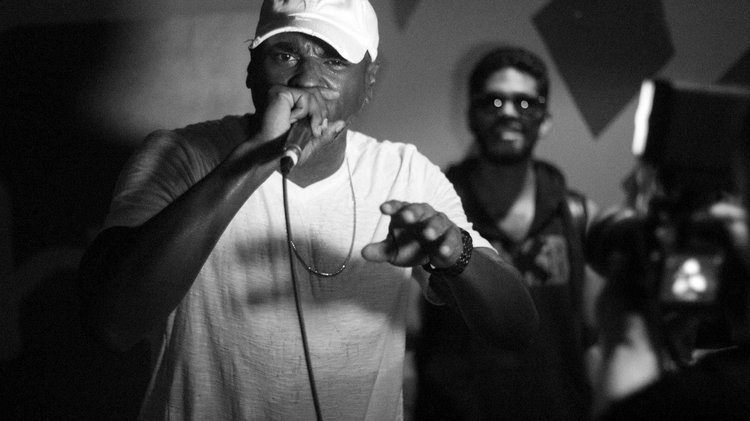 G Premacy is a standout artist from Buffalo, New York that has put in more than a decade worth of work to be where he is at today. From touring the U.S. to receiving “Colorado’s Solo Artist of the Year” it wasn’t luck that got the independent artist this far. His persistence, patience, perspective, and a genuine love for the art is what makes him stand out from the rest. G Premacy is a performer like no other, he brings an unbelievable about of energy, confidence, and charisma to the stage. His fusion of educated style of messaging and aggressiveness is inspired by one of his favorite artists, Busta Rhymes. He strives to inspire his fans to live their life how they want and not worry about what others think.

In the early 2000’s he began to make his own music with a USB Skype mic and a du-rag tied around a wire hanger used as a pop filter. G Prem had no goals when he began recording tracks but along the way he grew more and more in love with making music. Throughout High School he was heavily involved in sports. He was the High Jump Champion in New York his senior year which led him to receive a scholarship to SUNY Buffalo. He graduated from the University and then went on to pursue his career in the music industry.

In 2010 he opened a show for Maino in Brooklyn, New York in front of 500 people. Where be began to think, “Maybe I can do something with this”.

“Well, here we are in the heart of Hip Hop… I guess we’re about to see where my skills really lie.” He recalled, “My first song dropped, I started bobbing, dropped a verse, the hook, and thought… They’re not booing. ok, ok… wait, they’re actually vibing hard!”

A few years later between 2014-2015 he had the opportunity to open shows for Futuristic, Lil Bibby, and Tory Lanez. He also booked a tour with with Fresh Kils and Chuckie Campbell from Toronto to SXSW in Austin, TX.

His career really heated up in 2015 when he decided to take a leap of faith and move to Denver. This all happened while he was in Florida for a friend’s wedding. He began reminiscing about the year he had prior on tour. He found a flyer from SXSW and suddenly realized what he really wanted was to be following his dreams to be a musician.

“I felt somewhat capped in Buffalo, at the time, and randomly decided to change my return flight at the end of the trip and move to Denver with my 2 travel bags and about $500.” He explained, “I had never been out west and I felt I needed to get out there and make a mark.”

Seven months after making the big move he was named Colorado’s Solo Artist of the Year! His grind was unbelievable before he knew it he booked another nationwide tour with Chuckie Campbell.

G Premacy wants his journey to inspire his fans. He explains, “As cliche as it sounds, I just want people to realize that they truly can do whatever they want, within reason.  It literally just takes patience, fortitude and a true desire.  The universe will help you out when it sees you’re helping yourself.  Internal and external momentum comes with belief, and belief comes from small wins and persistence.”

What’s next for the independent artist? He is working on his next album titled, “The Transition” set to be released this fall.

Listen to his new track, “Bullies in Blue” a new single dedicated to outing and exposing corrupt police officers. Following the death of George Floyd, G Prem was inspired to finish the track and take immediate action to help challenge racial inequality and discrimination.