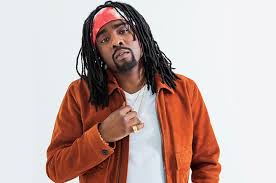 Over a decade later, fans are still fiending for rapper, Wale, to work with pop phenomenon, Lady Gaga again. Back in 2009, the two came up with, ‘Chillin,’ on Wale’s debut album, ‘Attention Deficit.” A fan tweeted to Wale: “work with @ladygaga again,” but instead of ignoring the tweet, the rapper decided to spill some tea instead.

Wale reminded us that music collaborations are a two-way street with his reply, “Y’all got to understand these fantasy features work two ways. Pop people don’t wanna work wit us unless we sitting in that top 40 or unless it’s a white rapper.. prove me wrong.” Wheeew! Whether he was taking a shot at Gaga specifically, or just stating the facts of collaborations, Wale is firm on his response. Good luck trying to change his mind, y’all!