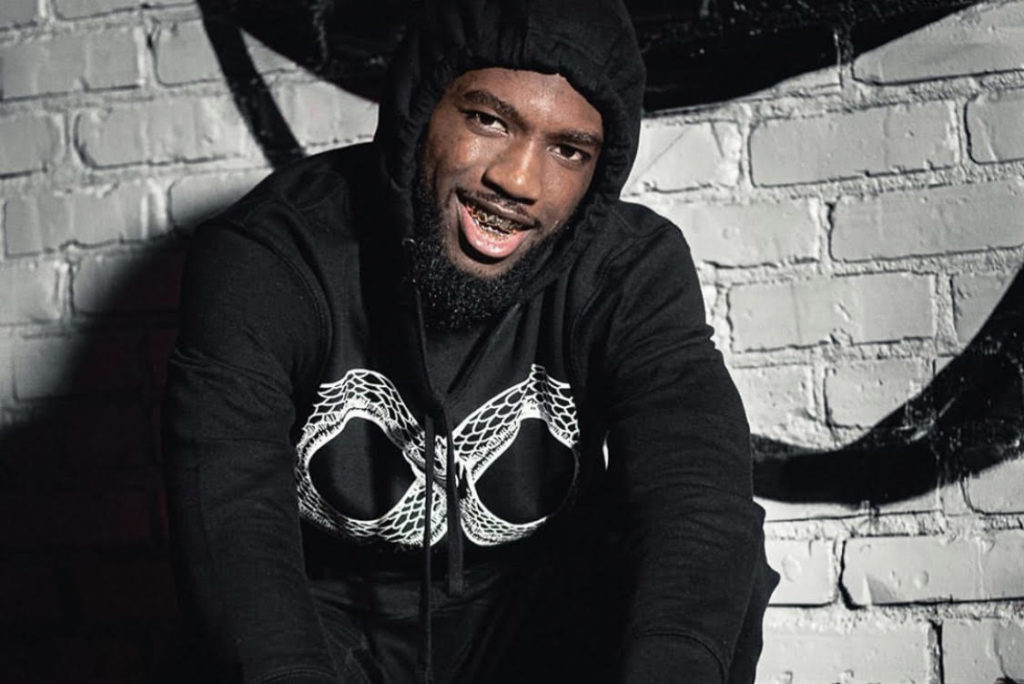 Veedoe, an American rapper from North Carolina is another great artist that has been added to our Watch List. He is taking trap to the next level and uses his life’s journey as the inspiration behind his incredible music and sound.

The rapper, who was born in New Bern, NC and lives in Greensboro, NC, says he got a clear message to his fans when it comes to music and life, which is “You Gotta Pay to Play”.  The rapper shared that growing up in a small town and living the street life where getting in trouble was the ‘norm’, unfortunately did not come with many opportunities (outside of academics) to level up and create a better life. His town was known as a ‘boxed town” and in order for him to have a better life, he had to create those opportunities for himself.

Veedoe discovered his passion for music at an early age, but his passion grew even stronger after his cousin went to prison, whose dream was to become a successful rapper/musician.  When that dream was cut short for his cousin, Veedoe decided to continue pursuing that dream and pick up right where his cousin left off.  From that moment, Veedoe became unstoppable. He worked tirelessly on developing and perfecting his craft in hopes of becoming a successful rapper, not only for himself, but also for his cousin.

When asked about his passion, Veedoe explained that music is a form of therapy – it has become a way to get things off his chest and it has therefore balanced him. He added that music has always been part of his life and it is always on his mind. Music empowers and inspires him and has become his ‘best friend’.

Veedoe got that real trap vibe! When asked about his sound, he confidently shared that “It is real music with a story and melodies that carry you thru an experience, while the rap and flow are more narrative in nature”. And it is true indeed! Veedoe’s music has depth and includes real conversations. It is catchy but also relatable. It is as if Veedoe talks to himself in his music – from his ups and downs to his pain and struggles (and more). Simply put, you’ll feel it when you hear it. He knows he’s got what it takes and is not willing stop until he gets to the top.

Vedoe’s music catalog includes 4 full projects: Highest Bidder 1 (2018), Too Risy (2018), Highest Bidder 2 (2019), and 2Dice (2020). In 2019, Veedoe has opened for the Annual Apple Chill Festival in NC, and between 2018-2019, he has also opened up for PeeWee Longway, Money Bagg Yo, and Young Dolph. He also recently released a single called “Bottle” along with a music video, which quickly gained a large number of views primarily among his fans. But he does not stop there!

His newest EP project, DiceGame, is a collab project that features Stoney J, which drops this May, and there is already a buzz out that this may be his best project to date. DiceGame includes 8 incredible songs, which further showcase Veedoe’s trap style and lyrical skills. Veedoe describes this project as a ‘hype EP’ and a real masterpiece. Veedoe plans to drop 2 music videos from the EP later this month for the songs “Meet & Greet” (which was shot in TN) and “Randem” (which is the name of Veedoe’s engineer) and we cannot wait to see it.

In an interview with Veedoe, he shared that he really hopes to inspire the younger generation to go out there and get it – rather than wait for handouts – and to never stop dreaming. He strongly believes that life is what YOU make it – so each one of us should go out there and create our own opportunities (just like Veedoe did).

Veedoe definitely has a very promising career ahead of himself as you can see and there is no slowing down anytime soon. Make sure you check out his latest video “Meet n Greet” that is out NOW, and follow him on all social media and streaming platforms below.