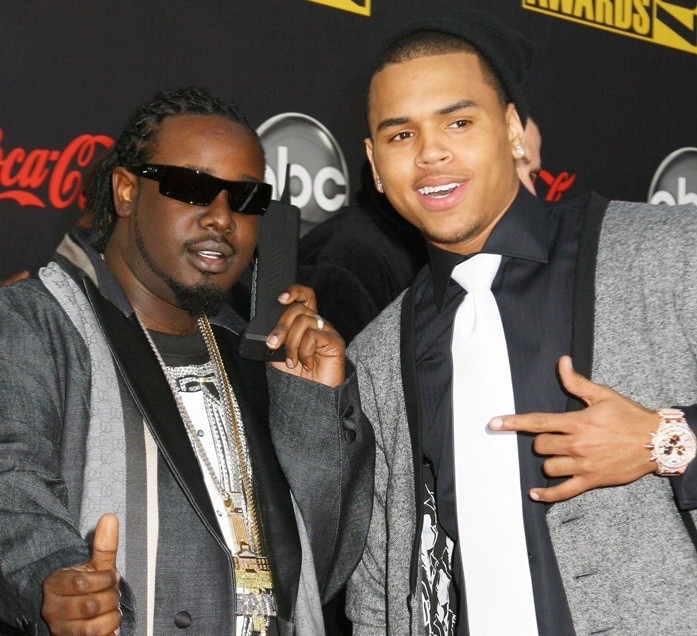 Y’all for sure remember how poppin’ T-pain’s and Chris Brown’s collaborations were in the past with, “Kiss Kiss,” “Freeze,” and “Best Love Song.” Last night Nappy Boy Entertainment founder, T-Pain, released his new track with Pretty Boy, C Breezy, that he had been teasing on social media. Earlier this month, T-Pain went on Instagram Live against Lil Jon with their Versuz Battle, where he teased fans with “Wake Up Dead” featuring Chris Brown. Chris Brown also posted an acoustic version on his Instagram back in early April.

This new track is especially important to T-Pain because his wife, Amber Najm, co-wrote it with him. He shared this on Instagram, along with the psychedelic cover to the new track.

T-Pain’s friendship with Chris Brown must still be as strong as it was in 2011 when he was interviewed by Conn Jackson when his rEVOLVEr album dropped. Jackson asked the question, “Why was it so important for you to collaborate with Chris Brown… given all he’s been through?” T-Pain responded with, “I’ve been rockin’ with Chris. I don’t care what he go through. I’m still gonna rock with him. You know what I’m saying? No matter how people think of him.”

“Wake Up Dead” is now streaming on Apple Music and Spotify.