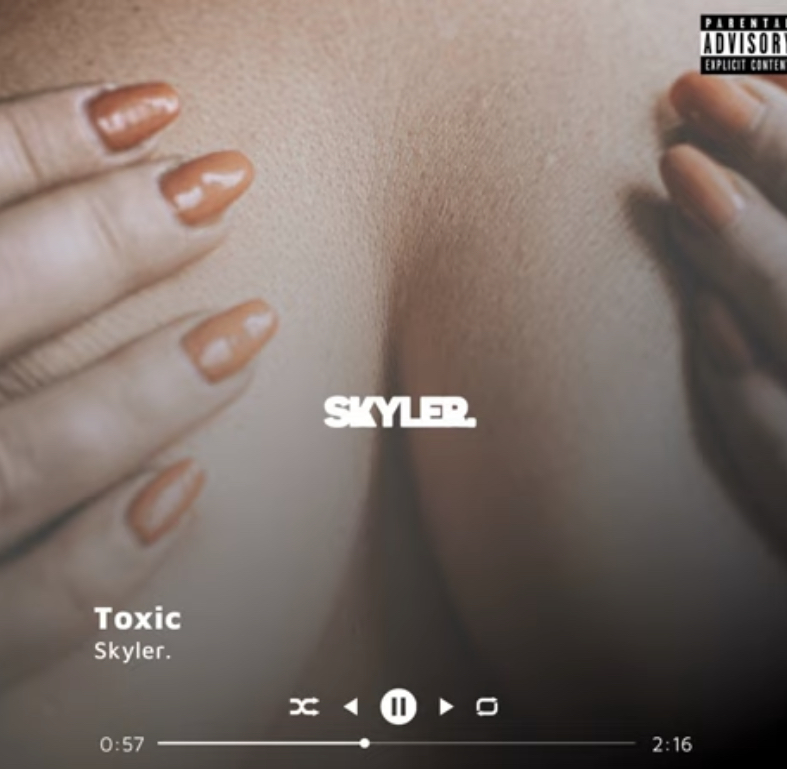 Most of us have been there before: caught up in the infamous toxic relationship. Being blinded with the illusion of what love should be, trying to solve the issue with false promises and intense makeup sex, only to be left floating in the deep end after chasing it’s potential.

No matter how many how many red flags are present, we’ve all ignored them all due to a bad habit of wanting to fix a problem.

R&B star, Skyler. has a story to tell in his latest single “Toxic” as he reveals his own bad habit of falling for the wrong one. He expresses what a toxic relationship is to him stating, “In all a toxic relationship comes from ignoring the signs that you shouldn’t be together and staying for whack or selfish reasons.”

Written and produced by Skyler. himself, the track is a love song that can relate to who knows exactly the feeling of being drained by the vicious cycle of lustful pacification and neglect of your own personal needs. He explains the reason this song hits for everyone. “I want people to hear the lyrics and resonate with the message more than anything.”

In the song, Skyler. gives listeners a a glimpse of a situation as he admits to being a part of the problem as he goes back and forth. “It’s not just about her toxic traits but also about some of mine and my complacency in it all which is something that I believe a lot of people need to understand and come to terms with.”

The sound of the song itself is obvious that the talented artist, songwriter, and producer put his all in it. He discussed the process of creating it saying, “I kind of went back and forth starting with a rough idea of the beat with the guitar and claps. Then I came up with the first line “Thinking I should pay for the flight, but she got a lot of baggage”. That’s the moment I knew this song was important and gonna be a hit. I mapped out the beat with 808s, hihats, the vocal sample, and then finished the lyrics. Finishing touches went on after that and it was a go.”