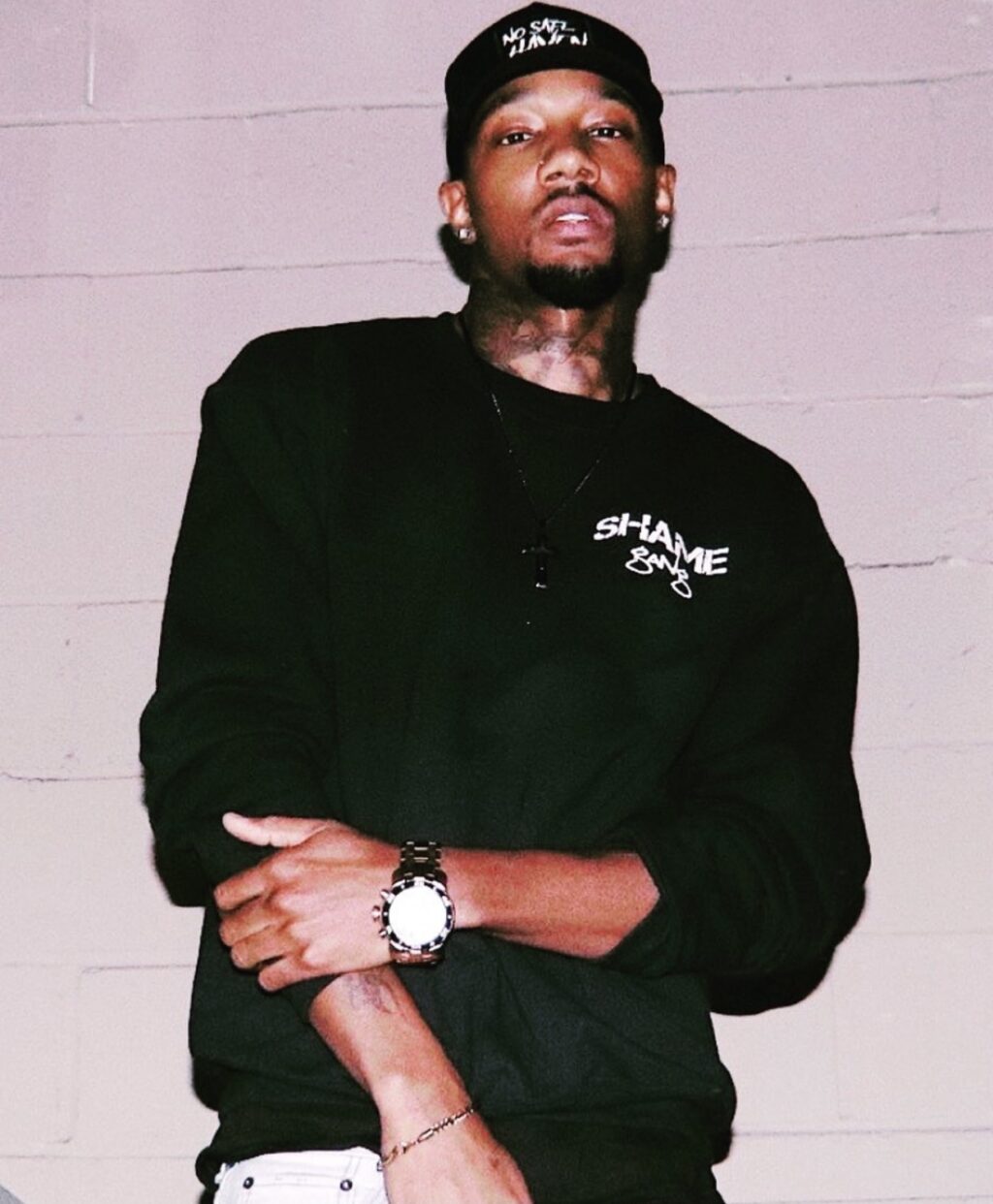 Introducing the man with the new sound; Shame Gang! This Rap and Hip-Hop artist has a nostalgic 90’s vibe mixed with new-age Rap. Inspired by J Cole and Kendrick Lamar, Gang takes personal experiences and becomes the narrator to his own story. Originally from Landover, Maryland, Gang started writing music in 2014 after a tragic accident left him unable to walk for a year. He used that time to focus on his music, and it became the therapy that healed him. The bumps in the road made him into a stronger, more motivated musician. Gang now has released three albums, all very unique to him on a journey to find his sound. He is an example of someone who puts their mind and passion into something and gets it done. Learn more about Shame Gang’s inspirations and hobbies below!

What inspired your artist name? And where did you get the name from?

I got my name from my g-ma, and it just transitioned over into battle rap, so I stuck with it.

Do you write, produce, and engineer your own music? If you don’t, who do you collaborate with?

I write my own music, and I sometimes produce. I’ve worked with Torae, Che Noir, and Anoyd in my career and producers such as DJ flash, Epik the dawn, and Druggs beats

Aside from music do you have any side hobbies?

My hobbies are basketball, and I want to also learn how to act. I’ve always dreamed of that. I’m also a mechanic. I got my degree in automotive engineering.

My biggest motivation is my family and my brother. . . the death of my brother set me back mentally, and it was hard to overcome. . .I promised him I was going to give this music 100 percent, and I won’t stop until the whole world knows who he was through my music.

What do you enjoy most about being a musician? What do you hate most?

If you could collab with one person in the industry, who would it be and why?

If I could collab with anyone it would be Kendrick Lamar or Jay Z. I feel like they are so intelligent in the way they rhyme in pockets and how they structure songs. Also, I would love to collab with Tupac if he was alive.

Do you have any mentors, teachers, or people you look up to? Explain Why.

Yes. My biggest mentors are my manager Chaundon, Lyric Jones, and Raekwon’s brother Perry. They have all been giving guidance through my career and keeping me on the path I need to be. I’m so grateful for them.

People should listen to my music because it doesn’t sound like everybody else. I have my own sound and I can give you a bit of everything from trap, boom bap rap and even R&B