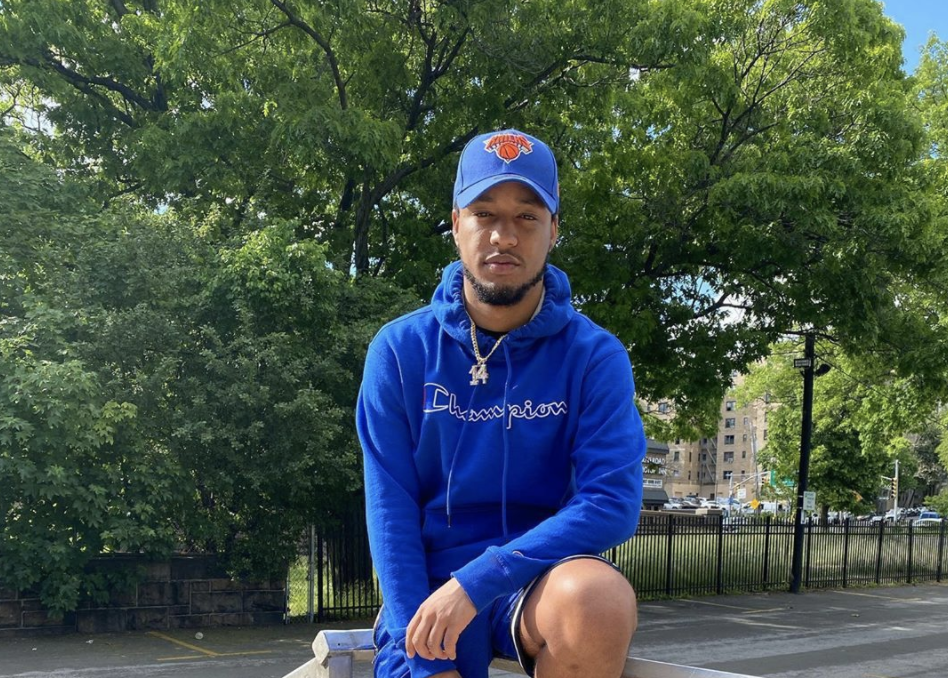 “I made this song for everyone who is on their grind to make their dreams a reality and become the best versions of themselves they can be.”

Meet Shad Lorenz — an upcoming R&B singer based in New York, California. The talented artist has a powerful vocal range and a unique ability to blend his sultry vocals with harmonious melodies and clever lyrics. After releasing his debut EP ‘Prologue,’ he’s back to give fans a new highly-anticipated single called “Monopoly,” which just dropped on Friday, June 19.

“Monopoly” is a sultry R&B ballad that is the perfect introduction to how to describe Lorenz as an artist. He sings powerful lyrics with an evocative voice and makes listeners want to hang on to every word he says. The song is slightly more fast-paced than some of his previous work, but still undoubtedly has a classic R&B sound nonetheless.

In a recent IG live interview, Lorenz revealed how he made himself stand apart from the rest of New York City’s music scene. He also discussed the way he developed his musical roots, from growing up in the church and singing soulful gospel, to being classically trained in Opera music — revealing his range capabilities.

The versatile singer is just getting started and has a promising future in the industry. “Monopoly” is available to stream now on all platforms.

Keep reading to learn more about Shad Lorenz’ musical journey and his inspirations.

At what point in your life did you decide to pursue a career in music?
I always knew I wanted to be on stage pursuing music. Since I was a little kid I would do talent shows, sing at church, perform for my grandma in her living room, all that good stuff. It wasn’t until I got to college that I started taking my artistry serious. Towards the ending of my senior year in college I released my first song and from there it was game time.

Has your upbringing played a role in shaping who you are and defining your sound today? If so, how?
I grew up in NYC being raised by my Aunt and Uncle. I am of west Indian decent so Caribbean music played a huge part in my musical influences. Both my aunt and uncle were in the music business when I was growing up so I was introduced to a lot of different sounds in music from Reggae to R&B to Gospel to Reggaeton it was a melting pot of everything. I always knew I wanted to be my own person/performer so I tried to hone in on that to help define who I am as an artist. I am also classically trained in Opera music so that plays a huge part in my sound today as well.

What are some of your music career goals for the future?
Some of my music career goals would definitely be to have my songs playing 20 years from now and have a greater impact over the years. I want to break down barriers. I also always said that I want to open a performing arts center where kids can be creative and build their talents. I want to invest in our future generation of performers.

Tell us about your new song “Monopoly.” What is it about?
MONOPOLY!!! I just released my latest single on all streaming platforms (go check that out right now.) It’s the lead single from my upcoming second project that will be dropping later in 2020. This song is an ode to everyone who is on their grind. Who hustle day and night to make their dreams a reality. Not just in music, but future athletes, doctors, lawyers, CEO’s, don’t give up , I see you and keep going until the world sees you!

What are some projects you’ve done in the past that you are most proud of and why?
My debut EP Prologue. I had been working on it for about a year and a half, I wrote about 11 songs for it and I kept scrapping them because I was just being picky about the sound and how I wanted to present myself to the world. After a while the overall feel of the project shifted and my sound developed into something I was extremely proud of so I gave myself a date that was special to me and said “You’re going to drop this project, its time lol.”

What’s next for you? Are you working on any upcoming projects we should be on the lookout for?
What’s next for Shad Lorenz is to break into this industry and perform on stages/tv screens all over the world. Currently I am working on my second EP, I want to drop one more EP before an album so I can continue to explore sounds and genres that I enjoy. There will be visuals for these new songs that are going to be so dope so stay on the lookout for those for sure!

What message do you hope fans take away from your music?
The message that I hope fans take away from my music is NEVER GIVE UP! Live life, love hard, stay focused, and you can achieve anything you put your mind to. I want to always remind my fans that I’m human just like you, so I make these songs for US to connect to together. Stream Shad Lorenz’ latest single “Monopoly” below.