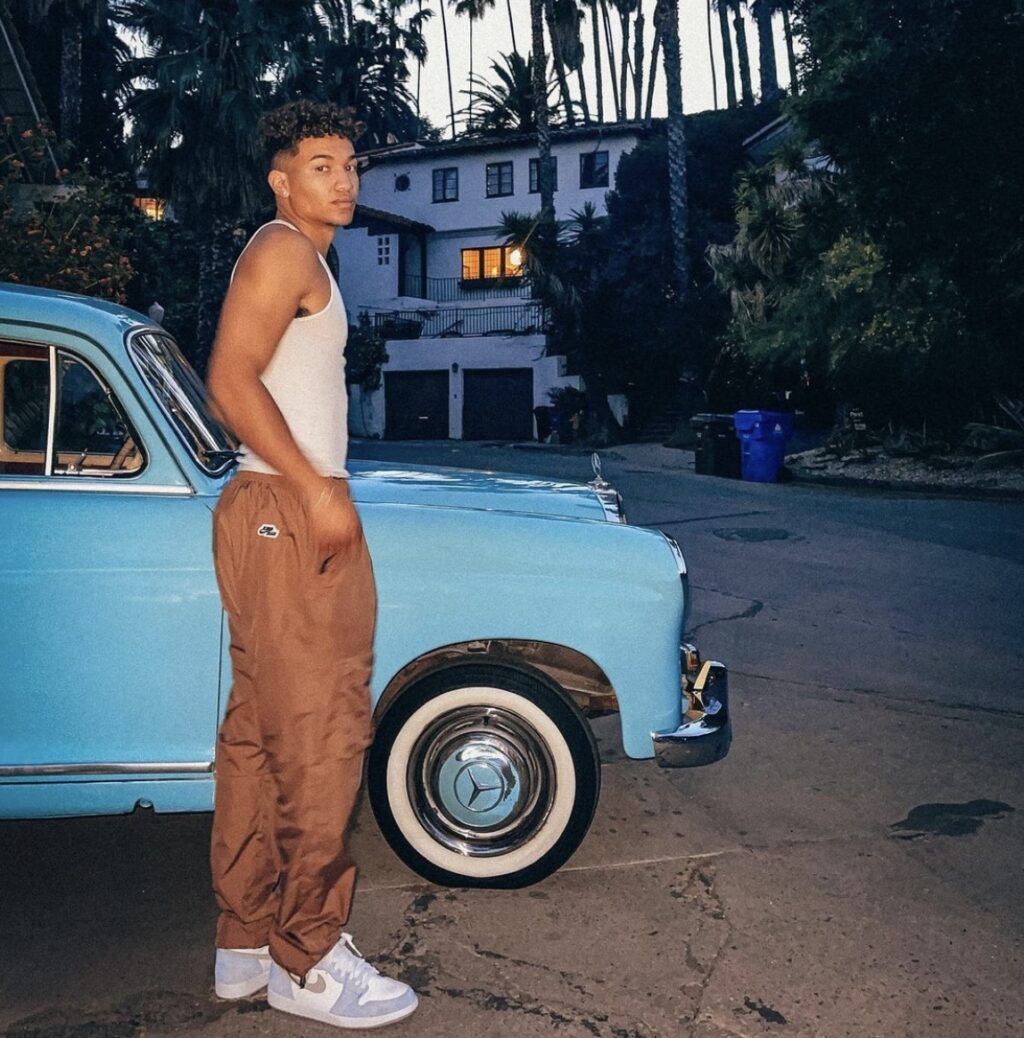 Texas has a new emerging artist, Paris Cole, who hopes to be the future of Hip Hop. Cole was born and raised in the North West side of San Antonio Texas. From age 13 to age 18 Cole would freestyle with his brother and it wasn’t until high school that he went viral. Since then he knew he knew he had to pursue his passion which eventually led him to move to Hollywood California. Paris currently resides in Hollywood. Hoping to be a fashion capital in the game, was the inspiration behind Paris Cole’s name. Cole has always been into fashion and in high school, he had a clothing brand called Dark Forest. His first name was inspired by the fashion capital of the world, Paris, and Cole is inspired by a small Kenneth Cole watch he would wear in the studio. Therefore, this formed Paris Cole.

Throughout his career, he has released 24 singles and 2 EPS. Imperfectionist is his favorite project because it represents his first year of pursuing music and the many emotions that tie into how he feels today. “All Green” is his favorite song because it describes his mindset going into everything he does. When Cole needs a fire beat he goes to Orion who has helped him on the producing side of things. Although he writes and engineers his own music, while in the studio “Mili Bouta Go Platt” engineers his music. Cole also works with a lot of producers around the world.

Imperfectionist, his EP, dives into the lifestyle and raw emotion of Paris Cole. The tape features seven songs that show off his versatility and rare spread of vulnerable emotion. This tape is about love, falling out of it, and having the confidence to overcome something. “We good” is the opening song that describes the good feeling of letting go. Track 5, “Leave Me” is about the depressing feeling of not being able to let go. “Leave Me” has a music video that is available on Youtube. “Lunchtime Highschool Freestyle”, which is available on youtube, is what made Paris who he is. The freestyle has over 10 million views. His single “All Green” reveals the writing skills and versatility of conveying motivation to others. “All Green” is his most viewed video on Youtube.

Paris Cole’s career has not always been easy. Upon moving to California to pursue music, Cole was homeless and living out of his car and his dream is what kept him going. He was constantly told that he should not have left his hometown and it started to get to him. Even though he did not know how he was going to make it, Cole continued to push through. Every day he would record songs in his car until he saved up enough money for a place. While at a studio in North Hollywood, Paris met Maxo Kream, and that’s when he realized things were getting real. Today, Paris is living out his dream and it is only the beginning.

In the future, Paris Cole hopes to inspire more people and have a platform big enough to give back to his community. One day he hopes to start his own charity in San Antonio and give back to children. When Paris was younger, his mom could not afford to take him to school shopping, so this charity will give kids like him the chance to get whatever they want. Being on the Billboard Top 10, Rap Caviar, and having over 1 million youtube subscribers is where he sees himself in the next five years. His first album is in the works and he has been collaborating with Mega Machai.

If you’re looking to start a career in the music industry, Paris has some advice to offer. “Be fearless, follow your heart, and don’t listen to other people, they’ve never lived your life, they don’t understand why you feel the way you do so don’t try to explain or justify, unapologetically be you till the wheels fall off.” The most rewarding part about being an artist for Cole is being able to inspire and wear his heart on his sleeve. Paris Cole’s music will inspire you and make you realize that you are not alone in what you are going through.

Instead of focusing on a specific genre, Cole makes music based on how feels at the time. Although he writes his own music, Cole follows his feelings which leads him toward hip-hop, R&B, or sometimes pop. During his free time, Cole enjoys the outdoors and playing sports. These activities include basketball, riding dirt bikes and jet skis, football, etc.

A message from Paris to his fans: “Be yourself and don’t judge people, chase your dream, and when you hustle make it fancy.”

Be sure to follow Paris on all social media platforms!

You can stream or purchase his music using the links below!