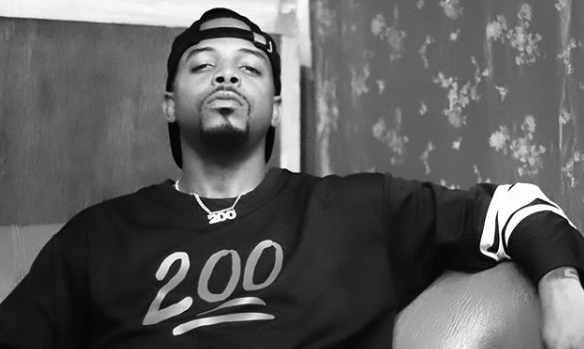 Shad Nono is the definition of a go-getter. His name embodies it. Born, Dishio Rashad Thomas, “Shad” is short for Rashad, and Nono is an acronym for “Next Obstacle, Next Opportunity.” Shad Nono sees himself as any regular person you would, “…find at a bus stop or in the county line trying to get food stamps,” and these actual situations in his life are what empowers his music.

As an independent hip-hop artist, Shad Nono writes his own music, and passionately speaks about his life struggles in hopes of inspiring those who have been through the same predicaments. Likewise, he is inspired by those who are from lower income communities. While struggling financially himself, Shad Nono always turned to his CD player, which gave him hope. He describes music as energy because it is able to touch people emotionally without them ever meeting the artists behind it.

To put his incredible drive into perspective, he built his own recording studio despite his financial struggles. As a true example of self-dependency, Shad Nono describes this breakthrough as, “If I depended on my finances to get me to where I wanted to go, I would’ve never gotten there.” He took an uncomfortable risk that inevitably started his music journey.

Shad Nono seeks to embody the late Nipsey Hussle, musically and for his humanitarian work. He hopes to reinvest his money into his people in the future, just as Nipsey did. Shad Nono even lives off of Crenshaw Blvd. and Slauson Ave., A.K.A. Nipsey Hussle Square. He has even been told that his sound resembles that of Nipsey’s.

Although Shad Nono has not released any EPs or albums yet, check out his most recent singles, “Gift Gift,” and “Numbers,” (on all major streaming platforms) where you can decide for yourself who Shad Nono’s flows resemble!

Shad Nono doesn’t just stop at making music. He created his own brand, 200 Tribe, which negates the idea that 100% is only considered satisfactory. With this brand, he represents anyone who goes the extra mile when they want to quit. You can expect Shad Nono to be dropping new music and videos every Tuesday, which he calls, “200 Tuesdays.”