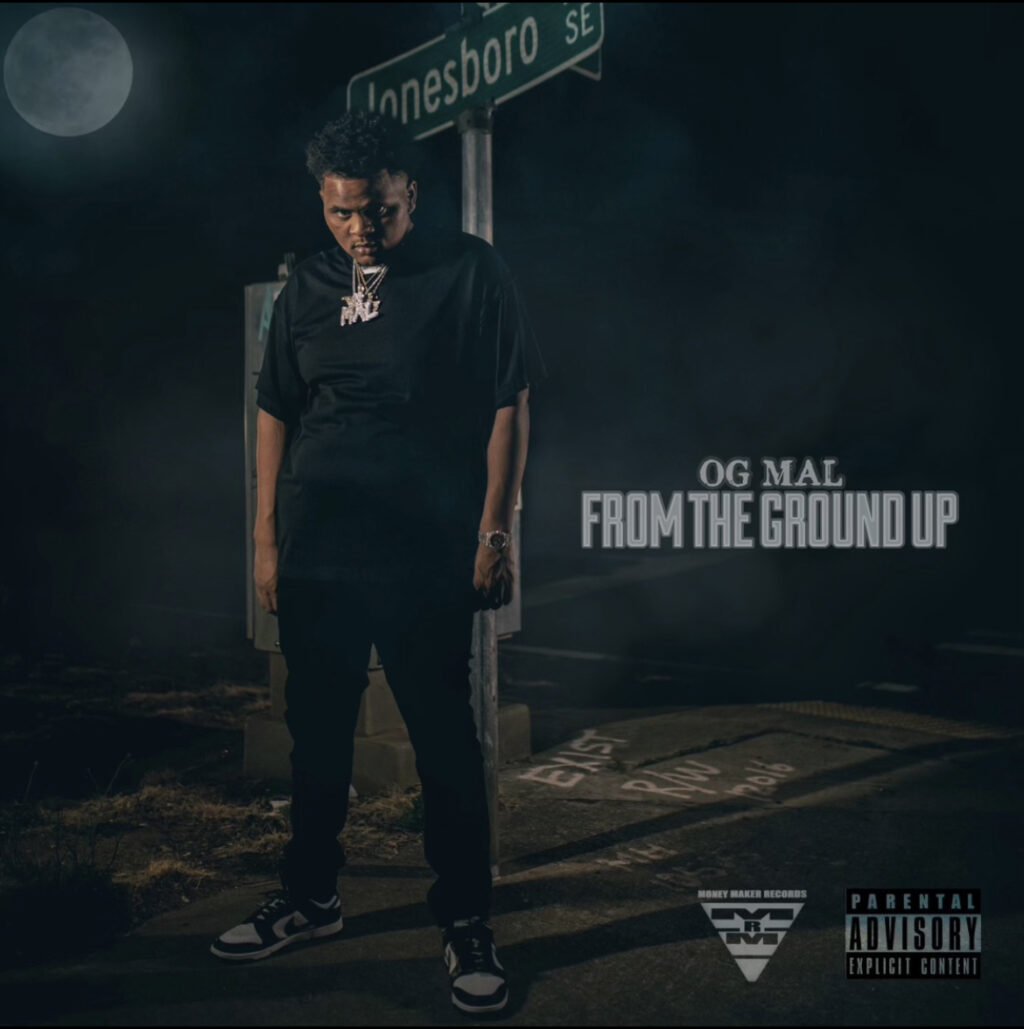 Atlanta is known to be one of the biggest meccas of entertainment, and in specifics, hip-hop is a very fast industry in the city. Rising Jonesboro native OG Mal is currently signed to local indie label
Money Maker Records, and with OG Mal, they for sure have a rising star on their roster. He recently released his new album From The Ground Up this past Monday, having an official release party at renowned Atlanta recording space Loudhouse Studios.

The new album is full of 13 songs, and 13 different vibes to choose from. OG Mal really proves his versatility in this project, giving several different sounds all balanced into one. He even hosted an open verse contest for fellow artists to join in for a $2500 cash prize and a spot on his album via his lead single “Do What I Wanna”. Coming into 2022 with a calculated approach, OG Mal is destined for greatness. Stream From The Ground Up below: