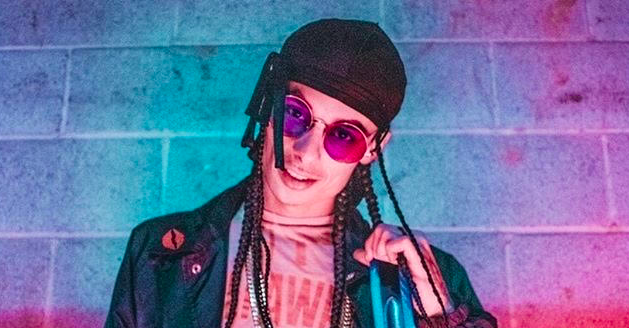 Rikoe Wavy cannot be classified into one specific genre of music. He brings us hip-hop, rap, trap, and even some R&B vibes. Born and raised in Portland, Oregon, Rikoe Wavy wants to tell us his story through his music, which he calls, “Melodic Trap.” He has a close connection to hip-hop and rap due to relating to the lyrics and content so heavily.

Rikoe Wavy found his calling for music due to a blend of graffiti, gang culture, and skateboarding. His name uniquely comes from his older friends who called him “Rikoe Suave” while he was dripped out in designer clothes while painting on old, dirty trains. As you can imagine, not only is he musically talented, but also artistically talented. Rikoe Wavy was a full time tattoo artist up until last year when his music started to take off. He even started his own record label, Secure the Bag Entertainment, in 2018.

As someone who was in and out of jail from an early age, Rikoe Wavy has battled cases in Portland and Los Angeles, violated probations, and was on the run from pending cases. He has also lost many close friends to gang violence, addiction, and suicide. Battling these real life situations made him realize that he could not waste anymore time not pursuing a music career. He writes his own lyrics to tell his story, but to also let listeners know that someone is always listening, no matter their upbringing. His motivations are his wife and two sons because they are a constant reminder that he is doing all of this for a greater purpose than himself.

Rikoe Wavy has been compared to NAV, and has opened up for artists such as Kid Ink, Kirko Bangz, and Lil Flip. He has worked with Producer, Ben Jayne, who has produced for Rich The Kid, Kendrick Lamar, and A$AP Ferg! Rikoe Wavy aspires to be the type of person Nipsey Hussle was, and admires Lil Uzi Vert, Jadakiss, Bone Thugs n Harmony, and The Notorious B.I.G., musically.

His newest single and visual, “Kickin Shit” has just dropped on all major platforms. You’ll definitely hear those Lil Uzi Vert and NAV vibes! He also plans to drop his next album, X Marks the Spot, this summer, containing 10 songs and NO features. You can expect amazing production and his “melodic trap” sounds!