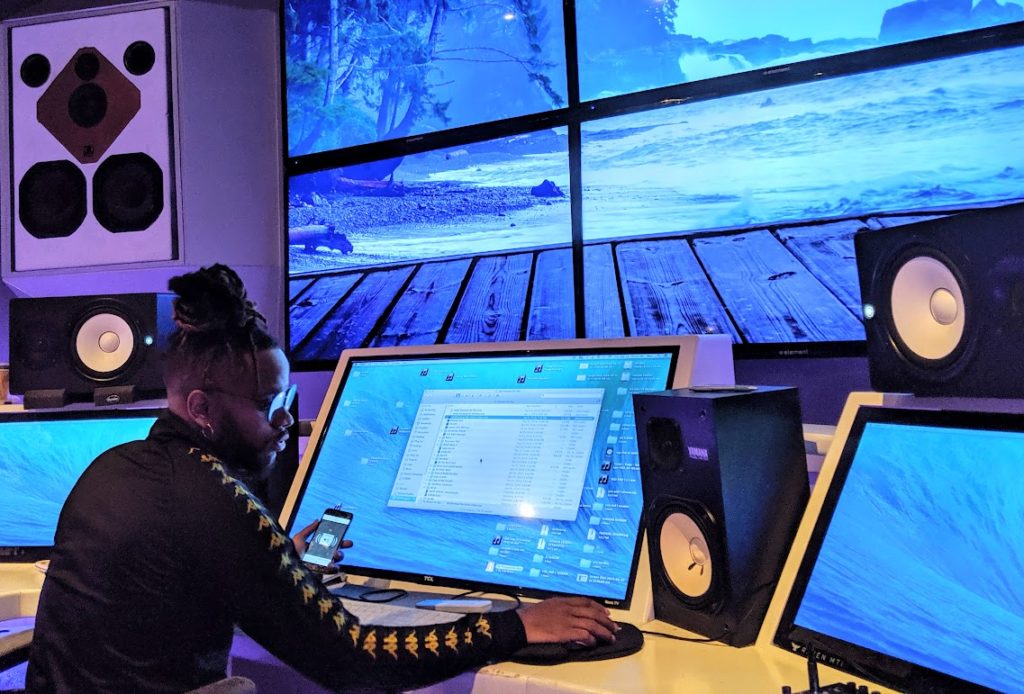 Recording Artist, MooDY MoRELL drops his highly anticipated EP, ‘King To a God’, and it is definitely a vibe…. or better yet, a MooD!!! ‘King To a God’ features 9 songs that showcase MooDY MoRELL’s undeniable talent not only as a singer but also as a songwriter. From his melodic vocals, gritty sound and raw lyrical skills, this rising star will have you playing ‘King To a God’ on Repeat. But there’s more… MooDy MoRELL is also known for his amazing dance skills, edgy sense of fashion, and infectious high energy, making him a force to be reckoned with and one “hell of” an entertainer. He KNOWS he’s got what it takes and won’t hesitate to tell you that.

Born in Flint, MI and raised in St. Louis, MO, MooDy MoRELL is a self taught singer, songwriter, producer, engineer, and dancer, with an incredible work ethic and commitment to his craft.  At an early age, he had discovered his passion for music and vowed to do whatever it takes to work on his craft and become the absolute best. When asked about the meaning of his name MooDY MoRELL, he responded: “it represents my personality. Im a MooDy person”. He added: “You never know what you’re going to get”. He went on to explain how his name has translated into his music: “My music is MooDY! Music is about having different moods and not staying the same. Moody is another word for Unrestricted and thats what my music represents. The vibe changes with every song and so does the mood”.

The journey of this young singer/songwriter, however, did not come easy. Growing up with very little and not having his biological father around to mentor and guide him, MooDY MoRELL has had to move around a lot and resort to a “grind and hustle” street life mentality in order make money and survive. At the age of 16, he experienced homelessness and lived in a shelter until he was about 20. While living in a shelter, he decided to turn his life around and began going to and singing at a local church. Shortly after, MooDY MoRELL moved to Austin, TX to explore financial opportunities, and at 23 years old, he went on to living in Phoenix, AZ, which is where he began making a name for himself as a club promoter and a musician. But when money was low again, he found himself back in the streets living a dangerous life.

When asked what made him give up the “street life” for good, MooDY MoRELL responded: “after learning how much musicians earn touring and doing shows, it hit me. I knew I was talented AF. I also knew that I can easily give one hell of a show, fill up a venue and earn just as much doing what I love.” In that moment, MooDY MoRELL decided to pursue his music FULL TIME and focus on becoming the NEXT greatest entertainer of all times. Since then, MooDY MoRELL has worked tirelessly writing and recording his own music (as well as learning to produce and engineer himself), developing his dance skills, and performing at local shows. And in 2019, he moved to Los Angeles, CA to take his career even further.

So who is MooDY MoRELL? Well if you ask him, he’ll tell you that he is the perfect mixture of Sauce, Soul, and Singing. His talent, drive and self expression are not only evident in his vocal abilities but also in his presence and delivery. His drive and charisma continue to draw attention to him, as he is always ready to work, perform and sing. He can quickly write a hit record to any beat, packed with catchy lyrics, melodies and hooks. He is inspired by anyone with a strong work ethic and an unstoppable mentality, including Chris Brown, Tyler Perry, and the late Steve Jobs, Michael Jackson, and Koby Bryant. His goal is to ensure that his music, creativity and delivery represent authenticity, freedom, and self expression, leaving the listener touched, inspired and wanting more.

After a journey filled with many highs and lows and self discovery, MooDY MoRELL is finally unveiling his very first EP and his best work to date: ‘King To a God’. From hit records such as Do 2 Much, But You, and Pop Ya Shit, to Overdose and Shooters, ‘King To a God’ is already turning heads and is undeniably one of the hottest projects that is currently out, Download/stream it at: http://smarturl.it/KingToAGODByMMorell (available on Apple Music, iTunes, Tidal, Spotify, and Amazon Music).

So what’s next for MooDY MoRELL? This is only the beginning. MooDY MoRELL is already back in the studio working on his next music project, so be sure to keep an eye out for him because he is definitely on his way up.

‘King To a God’ EP: http://smarturl.it/KingToAGODByMMorell