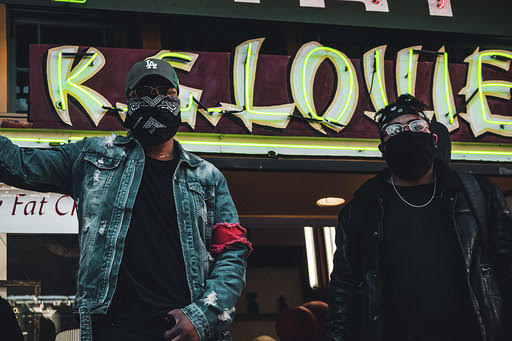 Pluggworld, an American rap band Pluggworld, released their highly anticipated single “Ain’t It“, which was fully produced and written by the band. Their hot single was Inspired by the band’s Bad Girl$ Club series and has a Bonnie and Clyde undertone and cool vibes. From powerful yet relatable lyrics to a modern heavy low-end sound and live instruments, “Ain’t It” is definitely a song you’d want to add to your playlist.

From Los Angeles, CA, the band, consisting of two members, James “David” Murray and Cameron Morrison, delivers a unique sound and a clear vision – to shift and inspire the culture, leave a lasting imprint, and deliver quality music.

This talented duo (which originally included three members) continues to gain attention and grow its fan-base not only within the U.S. but also internationally. Their music was featured on various notable platforms including Apple Music’s hot and new music, as well as many indie films. They were highlighted/featured in several magazines, including 4orce of Nature, as well as several blogs, including Hip Hop 87, and performed at multiple venues/shows including SXSW, TV One, and OHM, and even headlined Sol Venue.

Their single, “Chick Filet”, which was released in January 2020, has gained over 1 million Worldstar views, racked up a few 100,000 streams in just a few months, was featured on multiple YouTube channels, and was picked up on several popular Spotify playlists. They not only write and record their own music, but they also produce all of their songs.  So if you have not figured it out yet… Pluggworld is clearly unstoppable.

When asked about the name Pluggworld, members David and Cameron shared that the significance of the name is tied in with their mission – to connect people to the source/the higher power (God) in the same way that plugs connect things to power. Ultimately, Pluggworld wants to be that liaison, while remaining real and ensuring that their music is relatable.

Early in their career, members of the band also provided studio instrumentation for Blueface, Xian Bell,  Blackbear, and Alina Baraz, among others, and even collaborated with artists like Sauce Walka and Fat Meech, to name a few. Pluggworld has released 4 music projects to date, including: “Simp Juice” (EP – released 12/2016), “Mood” (Album – released 07/2017), “Car Muzic – Vol. 1” (Visual Album – released 05/2018), and “Car Muzic – Vol. 2” (Album – released 12/2018). The band is currently working on a music series called “Bad Girl$ Club” that highlights Los Angeles women that are independent and have a boss mentality (including their lifestyle, success stories, making money, relationships, and more).

So whats more? Well it is clear that Pluggworld is unstoppable so dont miss out! Follow them on all of their social media platforms and be sure check out their music videos and latest single “Ain’t It” (links below).