New York’s Got A Wave Of Their Own!

New York’s Got A Wave Of Their Own! 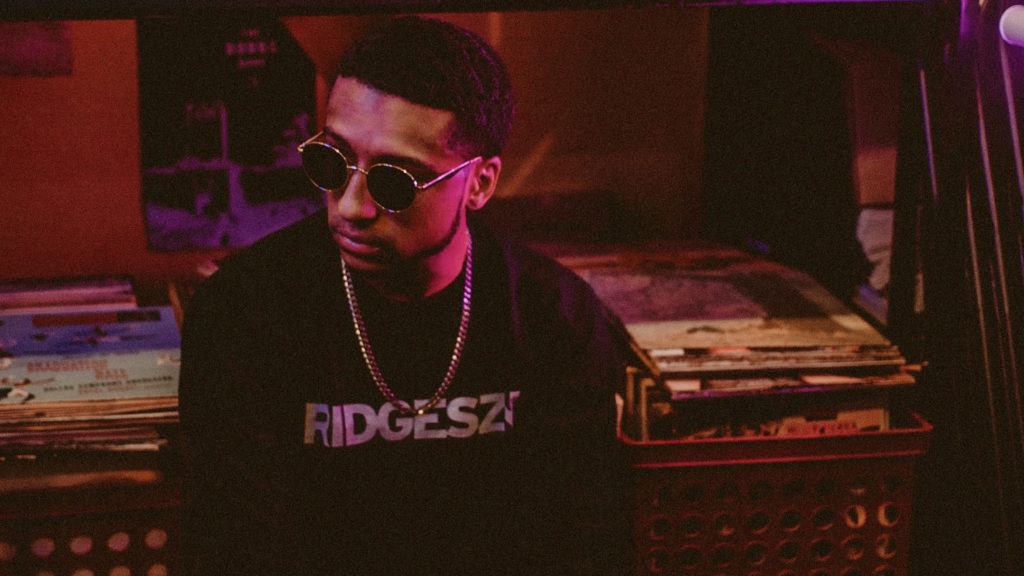 New York Native Wave Matthews wants his fans to know that he is a real smooth, down to earth, low key artist that really brings a different sound every time he drops a new track no matter what genre he tackles. His passion for music began at a young age when his curiosity led him to learn computer programs to start producing his own music. After spending countless hours practicing and learning, he knew music would be a part of his life forever! In 2015 he decided to put his foot on the gas pedal and dropped his first EP titled, “Sarah Knows”. Wave Matthews is getting ready to drop some new heat this summer and is working on releasing his first studio album by the end of the year.

Tap in and get to know Wave Matthews!

What inspired your artist name? And where did you get the name from?

I used to go under the name “AG” but it became really hard to find me on streaming servicing apps due to other artists also having the same name. My homeboys apart of my music group “RidgeSZN” started calling me Wave Matthews as my Top Villain alter ego name as they would say and I decided to change my artist name to that and stuck with it. I’m big on the waves in my hair and being the waviest person all around so it resonates with me very well!

How would you describe your sound/style?

I would have to describe it as a unique melodic rnb/hiphop/popish vibe that everyone can understand and relate to depending on which production I choose to take on.

I started producing beats around 2007 on a midi keyboard and slowly progressed year after year on FL Studio. I would say that I started to take things a lot more serious in 2015 when I released my first EP “Sarah Knows”

Since a very young age I found myself wanting to make beats for artists to rap or sing over and would often spend many sleepless nights learning how to use music computer programs such as FL Studio and Pro Tools. Then when I got my first glimpse of performing in front of crowds, I knew it was something I was destined to do for the rest of my life. It really became a part of my everyday life spending at least 3-4 hours a day working on something new. Music would consume most of my life and I knew that it was something I would never want to give up. I went from producing to singing and rapping on tracks which helped me gain more confidence in myself to become the independent artist I am today.

Who is your motivation and why?

I definitely am motivated by how hard my close family has worked for everything they have and I strive to be just as hard working as they are. I owe a lot of my talent to my parents and brother for providing me with my first keyboard that inspired me to create music as well as my brother for introducing me to some of the best hip hop/rnb/latin music at a young age.

In your opinion, what makes you stand out from other/current artists out there?

I think the biggest attribute that most other artists that I know don’t have that I do is my ability to engineer my own music. Another talent of mines is that I can write and speak Spanish so having that extra language makes me stand out a lot more than other artists.

What are some major accomplishments in your career so far?

MY songs have been played and featured on Connecticut Radio Station HOT 93.7 big thanks to Heavy Hitter’s DJ Meechie. Also, I have been played on NEW YORK CITY HOT 97 featured on Rob Markman’s song “Boring” and “Talk to Me” which were played by DJ Mike Medium & DJ HIP Hop Mike

My goals for my music career is to hit billboard multiple times with my records, produce big hits for artists I like, perform at Madison Square Garden/Staple Center and one day own my own music production company.

What impact are you looking to make with your music? Who do you want to impact?

I’m looking to inspire more kids to chase their dreams and never give up despite what hardships they might encounter throughout their lives. It’s important that my music can impact my fans to stand up for themselves, carry confidence and help make the world a better place.

Any new music on the way?

Currently working on a collaboration album with my music group “RidgeSZN” which should be dropping in July 2020. I am also working on my own solo album hopefully dropping by the end of the year.

YUP! You heard that right if you want to hear new music from Wave Matthews you can expect his next drop VERY soon!