New And On The Rise: Slo Mo

New And On The Rise: Slo Mo 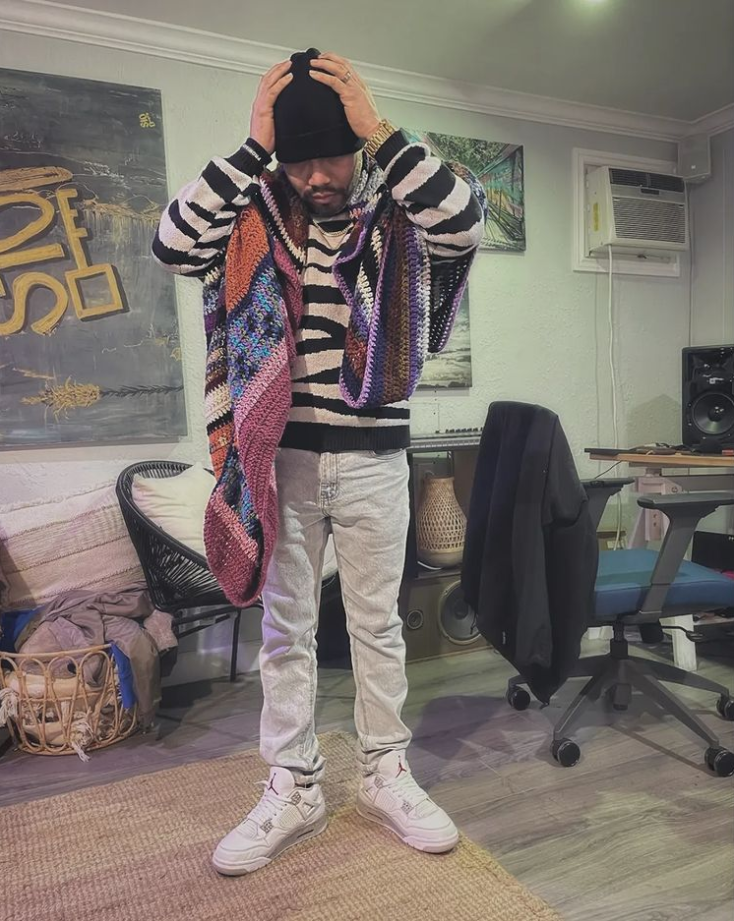 Coming out of Montebello, CA, Slo Mo is an upcoming artist whose sound would be described as soulful with west coast lyrics and a southern approach to the mic. The inspiration behind his art is a culmination of one story after another; “This is the nickname the streets gave me because I ran slow, I had delayed reactions and I moved at a slow pace.  And I didn’t even smoke weed at the time!” he additionally stated that his previous name was Turtle. He was raised in East LA on Bonnie Beach near Ken’s Liquor Store. Further stating that his mom got remarried, that’s where he met his other dad, in which he moved them to San Gabriel and then moved to Rosemead where he stayed in the San Gabriel Valley. His works include his single “We On” off of his LP ‘The Grey Area Project’. He states that “We On” is Slo Mo writing something inspirational to try and tell his story and call out his people; “Let ’em know that it’s our time to do something.  We’re on. I want people to know that it’s ok to “tell ’em” that you’re doing good in a cool way.  Celebrate your wins. We don’t get many wins in the neighborhoods that I know.  So this song is me trying to celebrate all my homies’ wins around me because we weren’t supposed to have success and accomplish the things we’ve been able to accomplish.  We were the dirty kids around the neighborhood.  We were the rough ones. So I just wanted to write a song for my people.”

Slo Mo has mentioned, as far as a business owner, his career is currently amazing. He further states, “.  It’s allowed me to really take my music to a fully developed level.  I feel like I’m making music, I’m not just writing rap.  I’m exactly where I want to be because I’m really just trying to enjoy it.  I’m finally getting to show the world my poetry and music is my Segway.” He states that eventually he does want to be in a place where he can create a studio album with a room full of musicians and creative control, and he feels like that is going to happen again. When it comes to Slo Mo’s image, he states that people know him as the nucleus of a good time; “Everybody knows that I fuck with everybody at the party.   I try to keep it cool with everyone, and that’s why everyone really knows me as “the networker”.  A real-ass life networker.  My whole life people have known me as someone who was going to push the envelope.  I’m approachable, a good father, a good husband, a good friend, excellent businessman.  I’m a chef, I’m an inventor, I’m an artist.” Slo Mo states that his musical inspiration comes from his mother, telling that she loved real southern music, oldies, Etta James, Gladys Knight, Diana Ross, and Smokey Robinson; “The soul of that music always stayed with me.  That real deep, gritty pitch… to be able to make your voice sound so strong and so beautiful.” As he grew up he stated that it was a great time for music, having hip hop really exploding from the East Coast, West Coast, Down South, and Third Coast. HE was really big on Ludacris and Twista. Being fans of Jay-Z’s ‘Blue Print’, 2Pac’s ‘Makaveli’. But He really loved some things about Southern Texas type of Hip Hop such as Paul Wall and Mike Jones, however, master P’s ‘Ghetto Dope’ changed his whole life in high school, up until he heard Jay-Z’s ‘Blue Print’. He has also stated that he will never forget the moment when his Sargeant in the Marine Corps from Texas played him some ‘DJ Skrew Eminem Hits’ as well as being a fan of Kanye’s ‘College Dropout’ when it came out and rode with that album for about two years.

Slo Mo would describe his style of an artist as just what he is feeling that day, as he previously mentioned, he describes his style as a soulful vibe with west coast lyrics and a southern approach to the mic, stating that he does not like it when people say he is a rapper. If he would collab with an artist in the industry, he states that it would be Kendrick Lamar; “I think the fact that he’s very poetic, people would be listening with that poetic ear already and understand what I’m saying.   But I’ve always wanted to do a song with Ludacris.  He’s a legend to me because he’s so different.” Slo Mo’s 2021-2022 career goals is to release the album and to really enjoy it and promote each song to give it its max potential because each of his songs is unlike any other song. He further states that people can expect to hear an artist project, similar to a collection of the type of music he likes to listen to or has made in the past. Slo Mo says that when it comes to having desires or goals he would like to achieve, he has so many; “I listen more now to what God is putting on my heart at the time and I just go with that.  So I find I’m always searching for my goals daily.” Slo Mo’s biggest motivation is his kids, to show them that no matter what dreams you have, they may not happen when you want them to but if you stay with it they will happen when they’re supposed to.

Although Slo Mo has only been in the industry a few after he has started, he has been writing poems his whole life. As to the highlights Slo Mo has experienced from being in the industry, his happiest moments would be when Linie Jordan told his parents backstage at the House of Blues that he was an incredible writer; “Getting a chance to perform at the House of Blues before it shut down.  I’ll never forget when WAR brought me and Big Fats out on stage unknowingly to freestyle during their performance at the Greek for the “Up In Smoke” tour.  They were on tour with Cheech & Chong.  Cheech had his arms around me on stage singing “Why Can’t We Be Friends”.  To me, being from East LA, these guys are all legends and they’re inviting “me onstage.” With these great achievements, Slo Mo’s journey has not been easy. He states that as an artist, the painting is never finished, it’s just surrendered; “Just because we have a gift, doesn’t always mean we know how to use it.  Fortunately for me, the only easy part has always been when I’m alone, by myself, writing.  Which for others is actually the hardest part.” Slo Mo’s advice he wishes he knew prior to entering the music industry is to expect unforeseen obstacles. He further mentions holding yourself to a deadline but also planning in some flexibility. To invest your money into your vocals, that if you write best when you are alone, then, “ALWAYS,” write when you are alone. That at some point, you’ll find someone where you feel safe enough to write with, Slo mo stated.

In the next five years, Slo Mo would like to have his book series out and would like to have a few more projects out. Outside of music, Slo Mo likes to go bowling and shooting pool. In addition, two to three times a year, he also hosts dinners and has a day of fun at the Ronald McDonald House. His family ad friends join him in preparing a huge dinner for 50-60 families, also doing haircuts, games, arts and crafts for them. He would like to show his nieces and nephews that they need to live open-handedly. Slo Mo has also mentioned that quote that he lives by, “Never sacrifice money for quality of life.  And don’t change your perspective, change your view.”

Slo Mo currently writes his own lyrics, and he co-produces most of his beats, doing a little mixing if he needs to, however, he has a solid team for that. His upcoming project will be the first music project he has ever released, stating that he enjoys his freedom of expression and that he loves to hear peoples’ interpretations and reactions. When Slo Mo was asked why should people listen to his music, he has stated, “When I created the Grey Area Project the intent was to make something for everybody.  My music is universal and has a good mix of different energies.  No matter who you are, there is at least one song on the album that you’re gonna wanna bump and hopefully tell your friends about.” He has also stated that the ‘Grey Area Project’ is going to be unique and going to be dropping very soon.

Advice that Slo Mo would like to give to someone wanting to follow in his footsteps is, “Remember that dreams don’t always happen when you want them to but stay with it.” And if there was one message he would like to give to his fans, he says, “If you’re reading this article, then my project was inspired by you.” Additionally, he would like to mention that the best way people have told him is that they love the album is when you listen to it all.