Music is a Way of Life: Meet Tommy Deedz

Music is a Way of Life: Meet Tommy Deedz 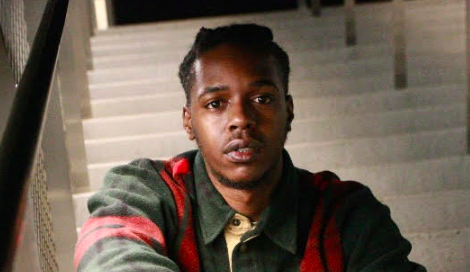 For Los Angeles-raised rapper, Tommy Deedz, music is a way of life. In his eyes, either you’re going to be the one making it or listening to it. The way he relates to his listeners is through truth. The independent artist does not believe in fronting just to give off a certain image. Tommy Deedz is here to talk to the average kids in the hood.

Growing up in the same neighborhood as Kendrick Lamar, Tommy Deedz looks up to and respects him for the messages he puts out into the world and the level of word play he brings to the rap game. Tommy Deedz is also inspired by OG artists such as the legendary Snoop Dogg, Juvenile, Red Man and Method Man due to watching MTV Jams during his childhood. He currently looks up to 50 Cent, Lil Wayne, and Wiz Khalifa.

As far as Tommy Deedz’s sound and style when it comes to his music, he never keeps himself in a box. He is constantly trying new things to keep his fans excited, without sacrificing who he is naturally. He explains, “I focus on not really forcing anything and just being as blunt as possible.” He describes his sound as a mixture of vibes from DJ Quik and Andre 3000.

In his music, Tommy Deedz brings vibes so mellow that you would not know if it’s a sad song or a smoking song. When it comes to the lyrics, the rapper writes his own and lures people in with the topics he raps about with his main instrument- his voice.

Tommy Deedz released his EP, “Sound Waves,” back in 2019, and has some new fire cooking up for 2021! He plans to release a sequel to this EP in January 2021 titled, “Sound Waves II,” which will consist of 5 songs with skits in between. Before this project drops, Tommy Deedz plans on dropping a single called, “Jody’s Home,” which will be a song explaining all of the trials and tribulations involved in his journey called life. The single will have no hooks.

Keep up with Tommy Deedz’s future releases which can be found on Spotify and Apple Music!