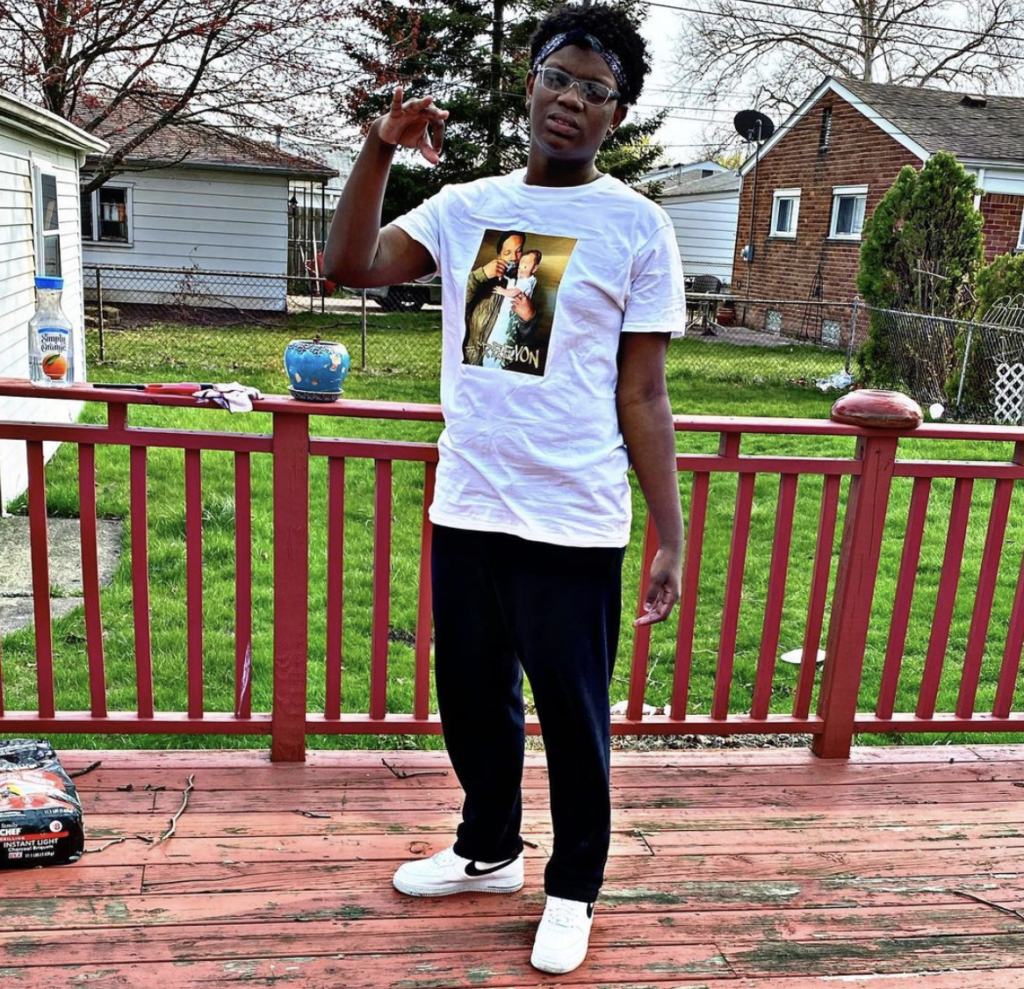 Prince Lazy is someone who sets himself apart from the rest, is just getting started in his independent music journey, and an artist you should have on your radar. The upcoming talent is from Detroit, Michigan and adds a different element to the Detroit music scene that audiences wouldn’t expect.

Some of his influences include Rod Wave, which you can hear he has been inspired throughout his catalog. Specifically, Prince Lazy’s recent track “Bruddas,” which is out now on all platforms, carry Rod Wave undertones and sentiments — embodying a melodic hip-hop singing sound.

In a recent interview, Prince Lazy said that the song “Bruddas” is about a real life situation with his brothres.

“It talks about me and bruddas,” he said. “Basically how we lived and where we are now and where we trynna go.”

What city are you from/ Where are you based now?
Detroit, Michigan.
What is your artist name? What is yoxur real name? How did you get your artist name?
Prince Lazy. My real name is Dvonte. Prince was goin be the name and family called me lazy so I just added both and rocked with it basically.
At what point in your life did you decide to pursue a career in music?
Since I was a child. I wanted to be a rapper and I made my first song at 13.
Has your upbringing played a role in shaping who you are and defining your sound today? If so, how?
Well in life people go through tough times, and I feel like life has taught me so much that now I know what I want, and where I wanna be, and I never wanna go back to those days again.
How would you describe your sound to readers who may not be familiar with you?Unique different from Detroit rappers
What ultimately inspired you to dedicate yourself to a music career?
I felt like music was my passion and they always say you only have one life, why live it doing something you going to hate forever.
Do you have any hobbies outside of music?
Nursing school.
Who are some of your main musical influences?
NBA Young Boy and Rod Wave.
What are some of your music career goals for the future?
Of course bigger fan base, concerts, awards.
Tell us about the project that you are promoting. What is it about? Is it a single or EP? Also, what is the name of the last project you released?
The last song I dropped was called “Bruddas.” It talks about me and the bruddas –basically how we lived and where we are now and where we trynna go.
What has the response been like to that project?
Good responses people are liking that I am doing more hype songs instead of depressing songs.
What are some projects you’ve done in the past that you are most proud of and why?
“Phases” and “DOWN4ME,” because I feel like I’m going in the right direction with the lyrics.
What’s next for you? Are you working on any upcoming projects we should be on the lookout for? Include some dates if you have them.
Well I have management deals in place, couple co-signs, and yes definitely have a new song coming out soon!
What message do you hope fans take away from your music?
To never give up on what you love to do because when you give up you didn’t want it bad enough.
Where can we follow you on social media?
@princelazyofficial.