MEET BRUNOLOVE, THE HIP-HOP ARTIST SPREADING LOVE WHEREVER HE GOES

MEET BRUNOLOVE, THE HIP-HOP ARTIST SPREADING LOVE WHEREVER HE GOES 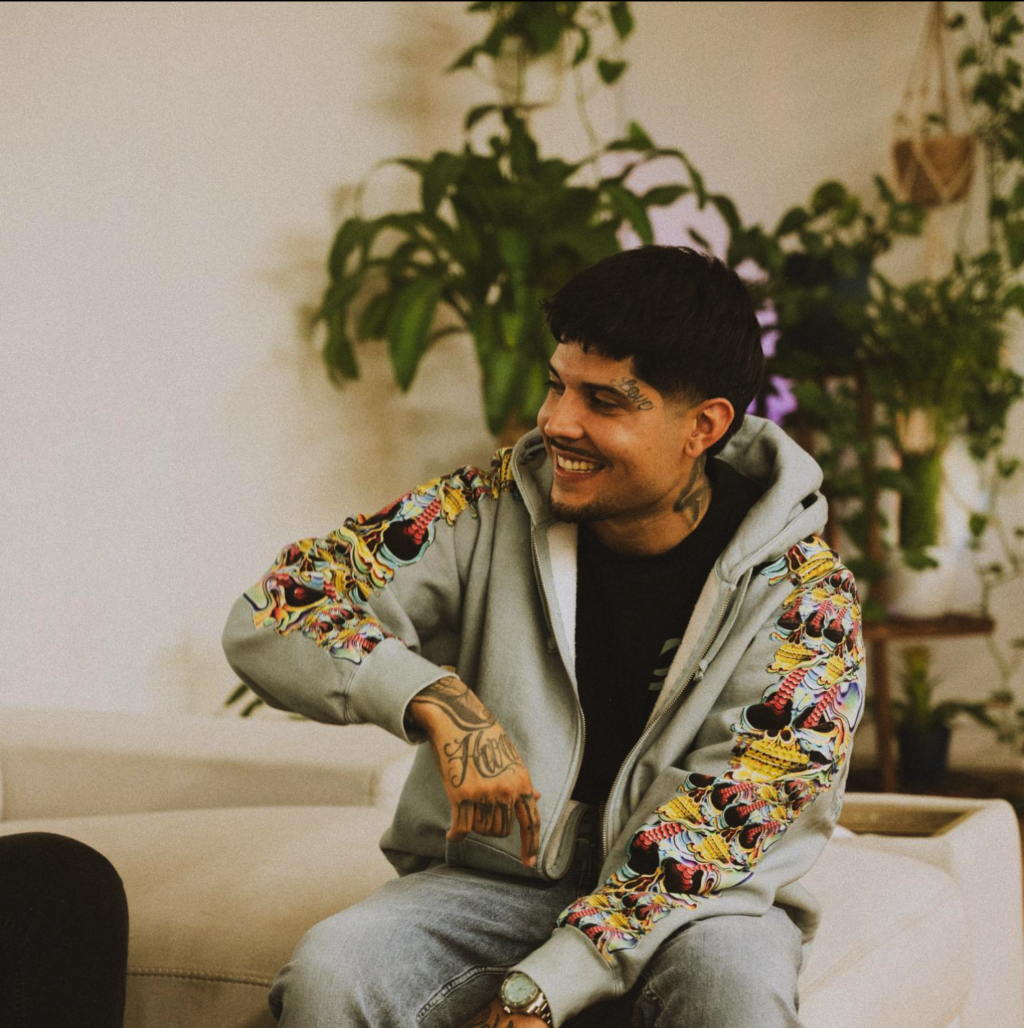 Born and raised in Baldwin Park, BrunoLove is the artist showing the world that it needs more love in it! With inspiration from his family’s eclectic music taste including elements of soul, RBanda, and Mariachi alongside the West Coast style that every SoCal native knows. Aiming for what listeners like and what comes naturally in that moment, BrunoLove always stays true to his image and style!

Now at a peak point in his journey where he is pumping the most production and content that he can and being able to completely fund himself since graduating high school in 2012, he aims to be able to monetize his musical investments and allow him to financially support his family while continuing to freely create. With motivation from his late uncle who he named his son after, he keeps in mind Kobe Bryant’s quote, “It’s not the Destination, it’s the Journey, ” to enjoy every step of the way, even when things get stressful.

Having been in the music industry for five years now, BrunoLove mentions that his goals are to remain consistent when it comes to developing any aspect of the business. The road to success hasn’t always been easy though, through struggles with depression, anxiety, and countless other experiences, he’s used music to overcome hard times and decided it was either now or never to start making music of his own.

Specify what single/project/ or visual we are pushing so we can correctly highlight & write press around it (be detailed):

A: I have latest single with visuals by @nickfi7ms (youtube) set to release Dec 11 wit a feat from my artist @YGdipp called “Too Many” one to get the day & night poppn no matter who or where yu are!

His most current single, “Too Many” releases on Dec. 11th with visuals by @nickfi7ms on YouTube with features from Yg Dipp is set to get the party going no matter where you are! As of right now, BrunoLove has six singles out, five of them out on all platforms and one on YouTube only. Writing his music, BrunoLove has collaborated with family and friends that produce beats such as his cousin Sameeonthebeat and his friend, General. Due to Covid, he hasn’t been able to work with them but now has worked with beats from producers and engineers such as Laudiano, Fothdimen, and OneHundred, and he looks forward to working with ZayceHundo and Vangala soon! With his favorite track being “Like Dat” because of the recording process, vibe, and visuals that accompany it. New music is coming throughout the new year! “Summer ‘23 gonna be different!” BrunoLove teases.

Though he enjoys being an artist and creating original content, in his free time he enjoys playing Madden on Playstation, being a barber, enjoying barbershop company, and working with cannabis cultivators and extractors. In the future he envisions himself continuing to enjoy seeing his son grow up, hopefully with siblings and traveling show to show to play his music! Before Covid, BrunoLove opened a barbershop for other barbers to build or create a career. Through doing this, he’s held toy drives, hip-hop/art shows, mixers, and even held a skate competition at his local skate park.

He leaves advice for anyone wanting to follow in his footsteps saying to not let anyone change how positive you think about yourself, to be authentic, and roll with the punches cause you’ll live to fight another day.

“Without y’all none of this is possible, there’s no BrunoLove without the listeners. I would be damned if I couldn’t enjoy my music with yall!” He lets fans know.

“BrunoLOVE on all platforms shout out to “Angelia & Whats Poppin LA”! BrunoLove exclaims.

Make sure to follow his journey on social media and listen to “Let It Work” below!