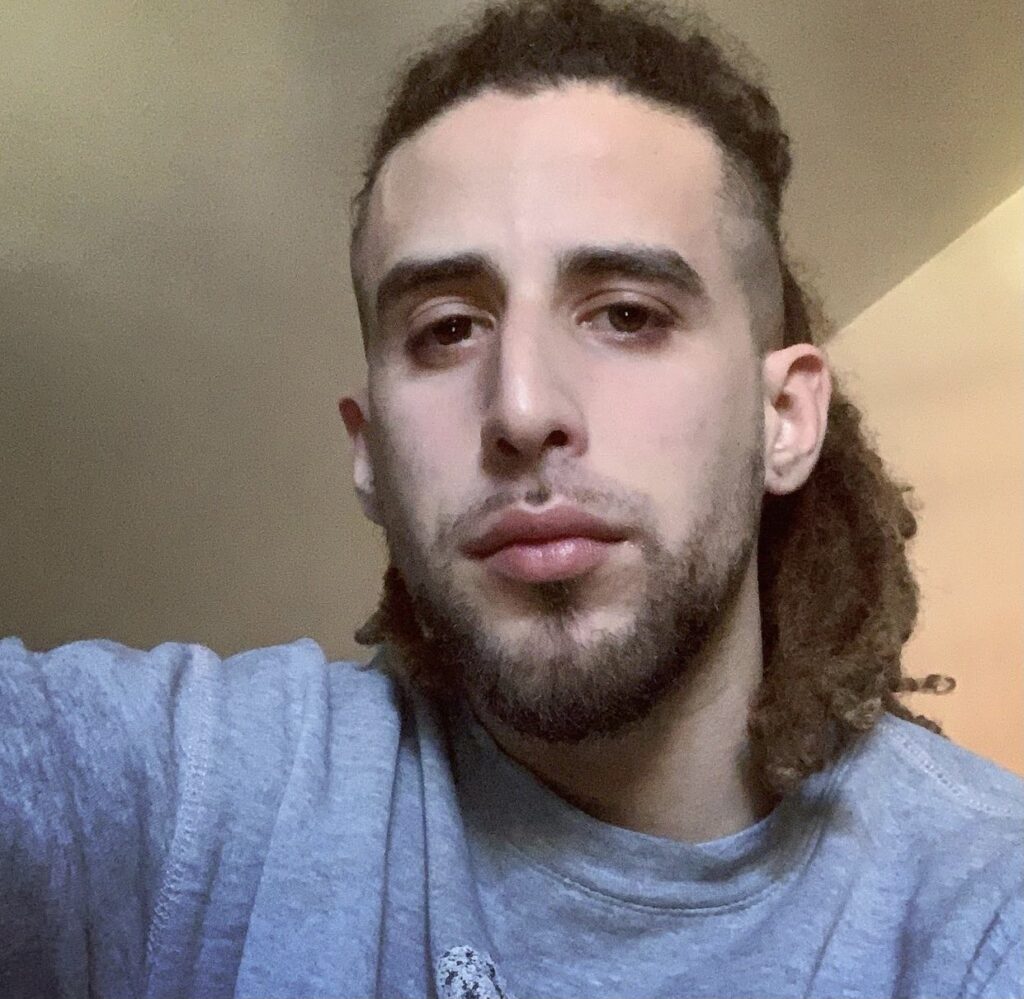 New Jersey-based independent hip hop artist That Kid Jaycee has a unique image of “the white boy with dreads,” in the rapper’s own words.

Of Puerto Rican descent, he has a mellow, chilled-out vibe and “a cartoony goofy persona,” again in his own words. “I would say my style is rap that not many have seen before. It’s unorthodox, but I like to think of it as a challenge with words.”

Jaycee started writing music in high school. At the age of 15, he was writing his version of lyrics to songs that were already out. “I put out a tape in 2013, but I took it down ’cause I didn’t want to get hit with a bunch of drama,” the artist said.  Motivated, however, by Hopsin’s independent rise story, Jaycee kept writing, sharpening his skills as a lyricist and musician.  He took complete control of the creative process – concept, recording, mixing, etc.  As the rapper said, “I live by the motto – if you want it done right, do it yourself.”

In 2021, Jaycee released his first album, “Diary of a Wallflower,” which he conceived as a pure representation of his persona.  Released to positive reviews, the artist said that “the album is an embodiment of me as a person, my essence, my humanity.  If you like this music, then you like me as a person.”

Besides his solo album, the artist has collaborated with friends on the albums “AGNB” and “ALNH,” which stand for “All Gas No Brakes” and “All Love No Hate.”

“I’m getting my buzz together slowly but surely, and when I do, I hope it will be on a grand scale, something beyond what I can achieve now.  I will say I have truly accomplished something when people around the country know my name and vibe out to my music.”

The artist currently has three projects in mind:  a mixtape, an EP, and another album.  The mixtape is preliminarily titled “Hooptie Music Vol. 1,” and “it’s as straightforward as it sounds,” Jaycee said. “This is music you would play in a hooptie. It’s going to be crazy. I’m trying to get a lot of new features on it that the fans will love.” The other two projects are a secret for now. “I think people should listen with an open mind.  The things I put out might surprise or challenge you – it could maybe even change your perspective on things, who knows?”

Jaycee is in the process of setting up his studio, as well as designing a unique clothing brand. “I am trying to get into more shows, expanding my reach, trying new things.  I have a couple of projects in the making, so I’ll be dropping one if not two of them in the near future.”

“I would like to thank everyone who supports me, and I \thank my friends and family for showing me, love.  I love you ALL, from the heart, and I hope everyone stays healthy and blessed.”