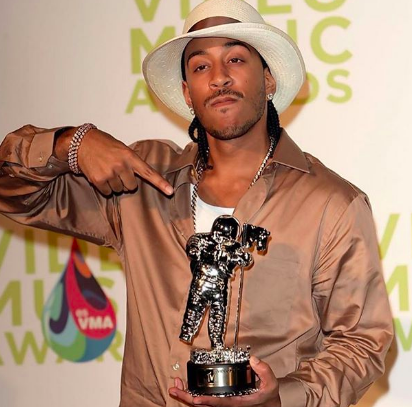 Luda let “The Mogul Mixtapes” know that he, “…brought a certain light to hip hop,” and he’s definitely not wrong! Ludacris has been in the game for over 20 years, and that was no accident. In the discussion, he talked about his life prior to becoming a musical icon. He hoped that he would be able to catch the attention of some big names walking through the Hot 97.5 radio station that he worked at in Atlanta at the time.

He reminisces saying, “If I could become a permanent fixture at this radio station, you have all these artists and producers that come through every single day,” and continues with, “It was only a matter of time before somebody latches on or at least I can get somebody to lend an ear to this music and give me some feedback so I can continue to get better. That, or actually wanting to sign me to a contract.”

Ludacris mentions Outkast being an inspiration to him during this time because they were from the South as well, but gained respect around the world. He states, “They came out and made lyricism cool.” In 1999, Ludacris ended up dropping his first single, “What’s Your Fantasy,” and then became the 1st artist signed to Def Jams Southern division.

Ludacris talks about the style he brought to the industry by saying, “I think I brought a certain light to hip hop that wasn’t necessarily always talking about having to shoot guns.” While he does not bash the street life, he continues with, “…it’s also okay to smile and laugh and actually joke around.” The rapper is extremely versatile with the way he brings different light to each track he’s featured in. Y’all for sure remember how much fun his verse is in Justin Bieber’s 2009, “Baby,” and that’s just one example out of the countless songs he’s graced with his talent.

Luda hits us with, “You can’t talk about hip hop and not mention my name, and I say that extremely humbly because I put in the work.” There’s no debate on this. He said what he said!