LOU’MAURICE BACK WITH RECENT RELEASE OF DELUXE ALBUM “STILL ALIVE”

LOU’MAURICE BACK WITH RECENT RELEASE OF DELUXE ALBUM “STILL ALIVE” 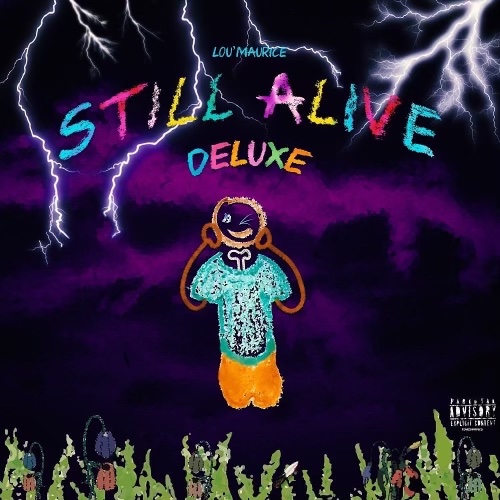 Delaware native artist Lou’Maurice is back with the new deluxe version to his recent album release called Still Alive. Starting off the fourth quarter of the year on a strong note, Lou’Maurice is ready for the airwaves. The Delaware native is perfecting his craft and allowing his audience to experience growth with him on this journey into the world of hip-hop. Still Alive is a 10-track collective, with several different great first choices if you’re new to Lou’Maurice discography, but the deluxe version pumps the audience 5 extra tracks to tune into.

Lou’Maurice is also not new to the stage, performing in front of larger crowds as he goes, he recently experienced opening up for Jadakiss and introducing the audience to his new single “Oprah” ft. Low Cut Geno. Now, Lou’Maurice is keeping consistent when it comes to pushing his content. Between the release of “Oprah”, and simultaneously promoting his new album and deluxe version, Lou Maurice shows calculation and passion. Stream Still Alive Deluxe Version HERE.