Los Angeles-Based Artist K. Johns Tha General Is Next Up

Los Angeles-Based Artist K. Johns Tha General Is Next Up 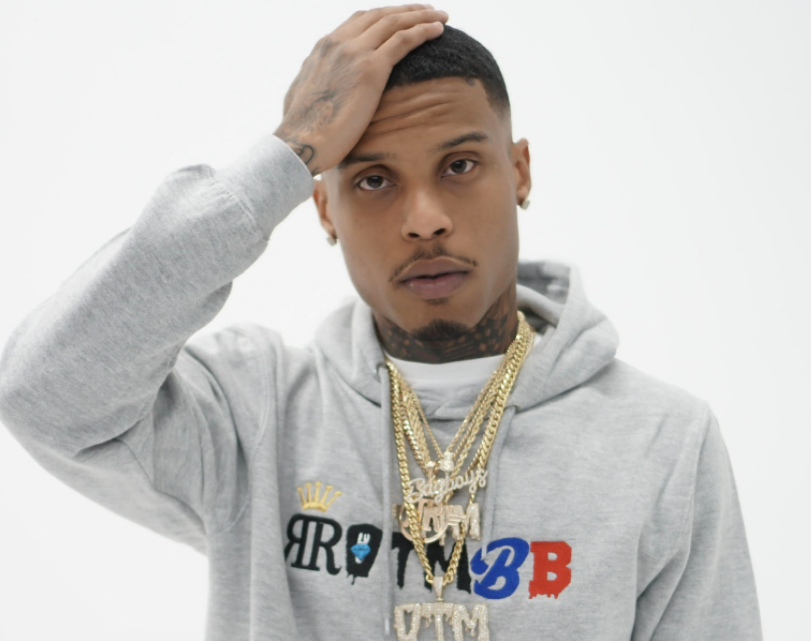 Talented rising rapper K. Johns Tha General is a Los Angeles native who you should definitely keep on your radar. The independent artist has consistently put out projects that have been authentic and show audiences who he really is. He puts his talents on display for everyone to see in his most recent EP release called Kobe & Shaq, and is now continuing the momentum by getting ready to drop a new video this week.

The music video on the way is called “No Handouts,” which is a track from the most recent EP. As far as his ability to rap and create music that anyone can vibe to, K. Johns Tha General is skilled at that. He wants his audiences to ultimately take away an important message from his music, and that message is to remain authentic and give back to the place you came from once you reach your goals.

“Be proud of being the real you and take pride in your purpose,” he said in an interview. “Reach every aspect of life and take it all back to where you came from.”

K. Johns Tha General has an authentic sound that audiences can’t help but to love. What really sets him apart from others is his passion and motivation for wanting to make it and being authentic throughout the process. The rapper is just getting started and audiences should definitely be on the lookout for what’s coming next.

Keep scrolling to learn more about K. Johns Tha General and make sure to be on the lookout for his new music video “No Handouts” coming out this week!

What city are you from and where are you based?

I’m from the Westside of South Central LA. The Westmont District and that’s where I’m also based.

How did you get your artist name K. Johns Tha General.

My artist name is K. Johns Tha General and my real name is Ken Johnson which is obviously where my rap name came from.

I’ve always had a passion for music but I always thought the idea of being a rapper was funny cause I grew up in a generation where going to college and playing sports was considered successful so that’s what I did. Me and my roommates would freestyle for fun everyday and it wasn’t until then that I realized music was what I really wanted to do.

Yes, my upbringing probably plays the biggest role in motivating me to keep going. I literally never wanna go back to the situations I come from so I do whatever to prevent that.

My sound is LA … My sound is authentic and real. I speak on the everyday life of LA natives and the reality of our lifestyle.

I stay inspired by the desire to change my family’s circumstances and provide opportunities for people like me. That is my only true goal.

I am passionate about music because I have a purpose behind why I make it and my supporters inspire me the most.

Outside of music I created my own brand/label called “RROTMBB” to support the movement. I also own a painting business where I do custom paint jobs on pretty much anything ranging from shoes and clothes to bedroom walls.

I take most of my musical influence from Nipsey Hussle Tha Great but also other legends like Lauryn Hill, Lil Wayne, Drake and Wiz Khalifa.

I want a distribution deal that will change my life, a diamond album, a sold out tour, and an XXL Freshman cover.

Tell us about some of the last projects you dropped, 1 Man Army 2 and most recently Kobe & Shaq.

1 Man Army 2 was an EP and is the second installment to my first official debut project. The latest project I released was the Kobe & Shaq EP wit producer MarkDaMack. Since the release of both of those, I’ve put out multiple singles.

What has the response been like to that project?

My last project (Kobe & Shaq) did okay in my eyes. The numbers don’t lie so if it didn’t go viral it wasn’t a success to me. I try to make quality over quantity so I expect the most from every release.

I’m proud of everything I put out cause I know what I put into it. But my goal is always to be the best at whatever I do so until I’m at the Grammys, I ain’t proud yet.

What’s next for you? Are you working on any upcoming projects we should be on the lookout for?

Be proud of being the real you and take pride in your purpose. Reach every aspect of life and take it all back to where you came from.