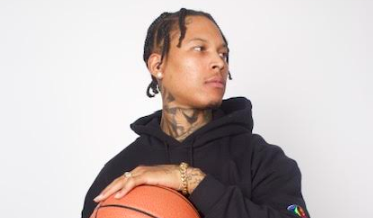 Los Angeles artist, Khiree, was born to be an entertainer. From recording his first song at the age of 7 and performing on stage, to deciding to take music seriously just a year ago, Khiree has developed his sound throughout the years and has turned his pains into passion. Khiree currently looks up to artists such as Kanye West, Nipsey Hussle, Drake, Future, and Russ. His major goal is to create hit records, and by looking up to accomplished artists such as those, hit records are bound to be made!

Growing up, Khiree was raised by the streets. The independent artist got himself into some trouble and landed himself a spot in jail, but decided to turn his life around for the better. All his past decisions and seeing his mother struggle collectively motivated him to pursue something that is a genuine interest and constant in his life- music.

Khiree has a unique sound that he describes as “melodic and gritty.” This year, he has released an album titled, “Temporary Pain,” which included 9 songs with 2 features from AOB HAZ and Leiko1time. Khiree has a mixtape in the works called “Flyree Irving,” where he has released a series of music videos on Youtube for the songs, “Impossible Mission,” “Diablo,” “Perfect Reason,” and “Tight Window.”

What makes Khiree stand out is his style and grace. So, it is only right that he comes out with another mixtape titled, “Style and Grace.” Keep up with Khiree through social media to stay updated on when this mixtape will drop!

Khiree leaves his audience with this message: “I’m about business. I’m serious about this.”