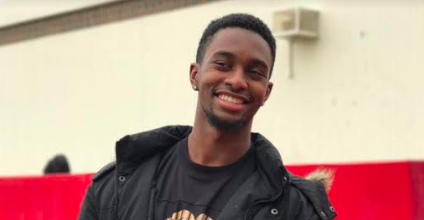 Hip-Hop artist, Arlin Musane, is just getting started. The Los Angeles native has a story to tell, and he plans on doing just that with his lyrics that he writes himself. He has been compared to greats such as Brent Faiyaz, Lil Durk, The Weeknd, and K Camp, but will stop at nothing to create a top spot for his own name in the music game.

Tap into the life of Arlin Musane below!

How did you create your artist name?

So my real name was always common [Malik Arlington Carter], so I created Arlin for short, and I love cars. From a young age, I could never fit in, so I was uncomfortable. I’m in my own leave with my mind set and how I move my own program. I’m very head strong and when I say something, I follow through, same as a Bentley Mulsanne. It’s rare if it’s even in your presence. It’s big body- same for me; But, the jewels of the car are in the inside not the outside. Detail of me and the car relate and align up exactly the same.

Explain your genre and describe your sound.

I like to say I’m everything ’cause I’m a mix of cultures, but I know my calling is Hip-Hop. My sound is a smooth criminal/soft aggressor, which matches my personality, but very much a chill vibe.

I always sung and danced as a kid, so my granny said I was always going [to be] this entertainer; But, when I was 14 I had a cousin rapping, but never seen myself in the spotlight. When I turned 19, I was convinced to let my voice be heard by friends and personal experiences.

Why music? Describe your sound.

I’ve always been attentive to music and I would sing. I was around it for so long. It was my thing, but nobody envisioned me being in front of the camera.

Who motivates you? Why?

I would say the struggle of dead friends and my people incarcerated. My ‘why’ is more from me knowing I’m not supposed to be here, but I’m here; So I feel like God put me here to make a impact in people’s lives. I finessed death many times, so I know I’m alive for a reason.

My goal is to lead the way like Noah’s Ark and create a label/company which stands for authenticity for better or worse.

What impact are you looking to make with your music?

I’m looking to effect the streets. I want give the real every chance I get- good, bad, and ugly, love, and heartache. I wanna impact the ears who are quiet, who never are heard, and ignored, but have plenty to say, and feel like their words won’t make an impact.

In your opinion, what sets you apart from other artists?

I don’t lie ’bout shit. I’m ok with being judged. I don’t give a fuck what’s the norm ’cause I’m irregular and I fight back no matter what. That’s what separates me from all these other niggas who wanna rap for the outcome results- money and all that. I make music ’cause I love music and I’m good at it. It’s only been a year and I’m better than people been doing this for years.

Arlin Musane recently dropped his first EP titled, “TFDM,” which stands for Tales from Da Musane. It includes 7 well-written songs and 3 featured artists- Jwhitt4am, Doitez4am, and NY. Arlin Musane always has something in the works. This will not be the last you hear of him!