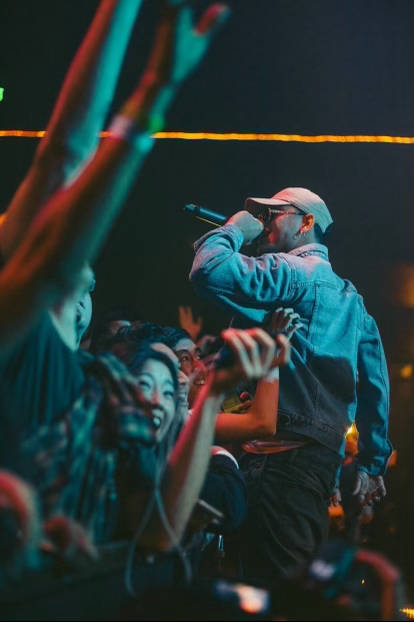 In today’s era where concerts are non existent there are many artists who are still on the rise to finding their success. There are very few talents that manage to capture an audience and use it to their advantage. With Kayoh LA, he manages just to make it happen.

Hailing from Lynwood, CA and now residing in the Inland Empire, Kayoh LA has created a name for himself. Since starting his career, Kayoh LA has opened for plenty of Hip-Hop artists such as Rich The Kid, Metro Booming, Trippie Redd, Ski Mask The Slump God and Chief Keef. One of my favorite versatile style artists! His love and passion for different genres, Kayoh LA has successfully created his own lane.

This 22-year-old who just used to be your typical Soundcloud rapper transitioned into the reggaeton music scene. “It was pretty dope because like people that support my English music like my reggaeton music as well so it wasn’t a tough change. Regardless I still make music in English but I need to take advantage of the fact that I speak Spanish.”

This December, Kayoh LA dropped his latest single he has been working on entitled “Toxico” featuring Benji Bank$ ! “We were in the studio and Benji banks was looking for beats till we bumped into the beat of “Toxicos.“ Once we heard it, we hopped in the booth and freestyled till something catchy came up, and that’s when we came up with the hook “Uno, dos tres” and created that fuego!”

Kayoh LA expresses over the phone how he manages to be driven and motivated to continue pursuing what he loves to do. “Someone’s that’s creative and very passionate on whatever they create. Someone that’s versatile. Anyone can be a rapper or a singer but few can be an artist”

Well I got the name “Kayoh“ because I would always fight a lot back then and knock people out. From then on, one of my friends started to call me that and when I started to make music I just added LA at the end of it to create “Kayoh LA”.

What’s next for me is I want to create more longevity music that allows people to replay over and over again and with the hopes to inspire others to pursue their dreams of becoming an artist themselves.

Stream “Toxico” down below!