Jxmmy Martinez Is Ready To Take Santa Ana By Storm

Jxmmy Martinez Is Ready To Take Santa Ana By Storm 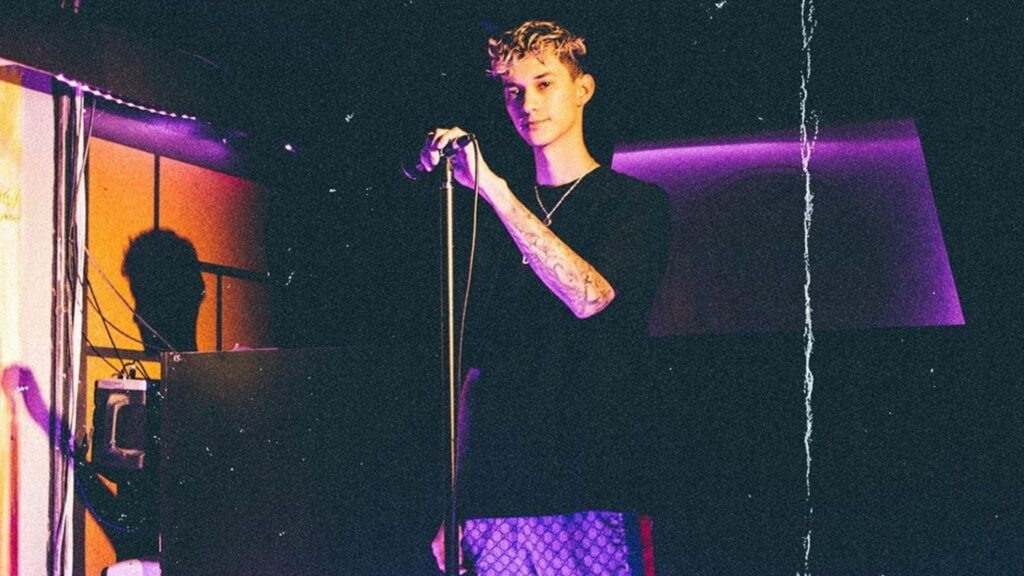 Bilingual phenomenon hailing from Santa Ana brings you his rare, distinctive blends of Latin and R&B! Jxmmy Martinez is the next multitalented versatile artist on the rise that shouldn’t be slept on! Although he was born in Santa Ana, Jxmmy was raised in Colonia La Luz, Mexico until the age of four. Upon moving back to the U.S., Jxmmy began to sing at various talent shows grabbing the attention of major TV networks such as Telemundo and Univision. During high school he decided to step away from the spotlight. Taking time to figure who he is not just as an artist but as a person. Sooner realizing music has always been his dream that he could not let go of. Jxmmy’s incredible talent speaks for itself, this Bilingual sensation from Santa Ana is on the rise!

Check out our conversation below + listen to his latest singles ‘No Entiendo’ and my favorite ‘Amor Adictivo’ !

For anyone just being introduced to your music, how would you describe your sound?

As far as my music goes, I don’t really like being put into any one specific genre. I can make anything from a soulful R&B song, to a trap R&B song, to a reggaetón song, to a Regional Mexican song. I can make a song that’ll make you want to cry and sing your heart out, but I can also make a song that you can dance to at the club with friends. No matter what, I always challenge myself to create music that’ll spark an emotion or reaction from any listener.

I don’t necessarily think any of us should ever feel like we deserve something from anybody, simply for the art we create. Sometimes as artists we get frustrated because we feel as if the world should have the opportunity to listen to our music, but I’d much rather focus all my energy on finding a way to make that happen than to dwell on what could be.

Amor Adictivo is one of my favorites, what’s the story behind the song?

Amor Adictivo was probably the fourth or fifth song I ever wrote in Spanish. While writing it, I wanted to bring back some of the vibes and feelings I brought in my first EP After Hours. I created a song that brought traditional reggaetón sounds, but also brought the Spanish version of lyrics in R&B songs now a days.

What is something you’d like everybody to know around you?

My first memories of singing were at the age of 3 in a rancho in Mexico. By the age of 5, I took it upon myself to ask my parents if I could start taking singing lessons because I wanted to take music seriously. Everything I’ve experienced since has only led me to keep fighting for my dream. It’s been a long journey, but this is only the beginning, so stay tuned.

What’s the most exciting thing that has happened in your career?

At the age of seven, two years after I started taking singing lessons, I won a talent competition in Anaheim, CA, where there happened to be somebody who worked for the TV Network Univision. This led to me getting the opportunity to fly out to Florida to be apart of, and win, a singing competition on Sábado Gigante, which at the time averaged 2 million viewers across the world.

As far as music goes, how did you gravitate to that scene?

Being apart of a Mexican family, I really only grew up listening to music from artists like Vicente Fernandez, Juan Gabriel, Adan Chalino Sanchez, or El Coyote. I don’t think I started listening to music in English till I was in 4th grade. I sang only Spanish music till I was about 11, and it wasn’t till middle school that I began to start singing RnB songs and posting covers on YouTube. As soon as I graduated from high school I decided to start releasing my own music as an RnB artist, however, it soon began to come full circle when I realized I could bring everything I’ve ever done together and create my own hybrid sound inspired from the Spanish and English music I grew up with.

What can we expect from you this year? Another project or any collaborations on the way?

As of now, I have a ton of music in the vault and scheduled to release throughout the year. I’m also working on a couple songs with some big name producers, so I’m excited to get those finalized.