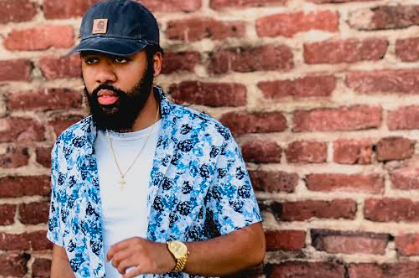 Independent rapper, JR Nash, has the mindset that music truly has no boundaries. With music, there is no right or wrong, but the ability to have the freedom to express yourself creatively. His genre is Hip-Hop/Rap, but his sound can be described as well-balanced. As someone who writes his own music, JR Nash makes sure that his lyrics contain substance for fans who listen for verses and themes, but also makes sure that he is able to deliver those lyrics in a marketable way.

JR Nash is all about longevity when it comes to his career in the music industry. Going by a few other stage names before this, JR Nash went with a name that he would be comfortable with decades from now. In his words, “I didn’t want to be 40 years old and people still calling me Lil ‘Something’. No offense to all the Lil’s out in the game.”

The Alabama rapper takes on a different approach to music than most current artists. JR Nash is not creating huge expectations for himself, such as becoming the “biggest star.” Instead, he wants to be able to enjoy the creative process that is, making music. He believes that you cannot make music with the mindset of chasing numbers or success. Being able to say that he never compromised himself or his music is more important to him than acquiring money and accolades. Although money and accolades are important to him as well, his ultimate priority is to create music that can stand the test of time.

JR Nash has also foreshadowed a path that is not as common to hear. His present motivation is his future family. He describes hearing Dame Dash in an interview stating, “Hustle for your last name,” which was really engraved in JR Nash’s heart. Although JR Nash did not grow up deprived from his parents in any way, he still wants to put his future wife and children in an even better position than his parents did.

JR Nash sees himself being compared to one of his personal favorites, J. Cole, in the future. He is also speaking an Ella Mai collab into existence! Until then, the humble rapper has dropped his first album, Beneath the Surface! You can support this intellectual artist on Apple Music, Spotify, Tidal, Google Play, Amazon Music. Listeners will be able to relate to JR Nash on a personal level, and feel the genuine vibes radiating from him.