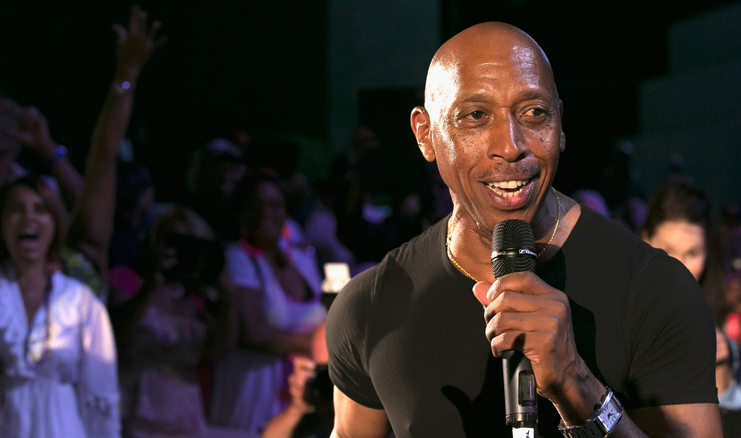 One of the greatest hit makers and soul voices of all time, Jeffrey Osborne will bring his soulful sounds to Fox Performing Arts Center in Riverside on Saturday, May 1, 2021.

Born in Providence, Rhode Island, Osborne was the youngest of 12 children and was surrounded by music as a child. His father, Clarence “Legs” Osborne, was a popular trumpeter who played as a session musician with the likes of Lionel Hampton and Duke Ellington. At the age of 15, Jeffrey joined the O’Jays when the group’s drummer was unable to perform to their standards, and he went on to play with them for two weeks. That was all the inspiration Osborne needed to pursue a career in music.

Osborne’s career began when he was introduced to the band Love Men Ltd. at a Providence nightclub. After receiving his mother’s encouragement, Osborne left for Los Angeles to play with Love Men Ltd., who later changed their name to L.T.D. Osborne was originally brought on as the drummer and eventually became the lead vocalist. After more than 10 years with the band, he decided to pursue a solo career, which produced such Top 40 hits as “Really Don’t Need No Light,” “Don’t You Get So Mad,” “Stay with Me Tonight,” “You Should Be Mine (The Woo Woo Song)” and a duet with Dionne Warwick, “Love Power.”

Osborne’s solo career has brought him four Grammy nominations, five gold and platinum albums, including his debut self-titled album Jeffrey Osborne, Stay with Me Tonight, and Only Human. He scored an international hit with “On the Wings of Love” in 1982. After his six albums released on A&M during the 1980s, he moved to Arista for Only Human(1990), then switched to a series of independent labels. His releases during the 2000s included That’s for Sure (2000) and Music Is Life (2003), as well as cover albums From the Soul (2005) and A Time for Love (2013). His latest project entitled Worth It All was released Friday, May 25, 2018 on Artistry Music. This project was written and produced by Jeffrey Osborne, with the exception of one song entitled “Work It” which was co-written with his son Jeffrey Osborne Jr., who also performed on the track with him. This project, inspired by the late great George Duke, has taken Osborne back to his deep R&B roots.

Ticket prices for this show range between $45 and $150. For additional information about this event, visit Peary Entertainment Group or Fox Performing Arts Center.