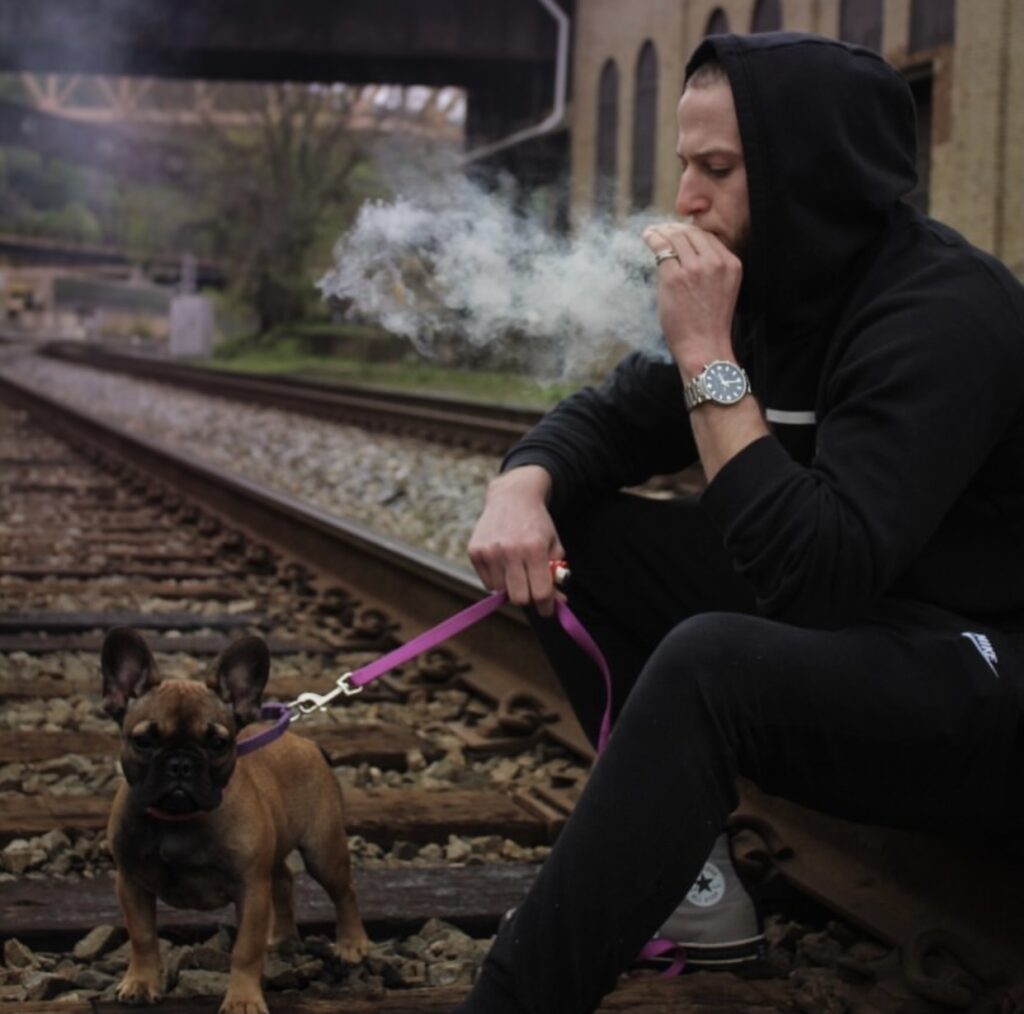 JaCue is an upcoming artist who is born and raised in Pittsburgh, Pennsylvania. The Rapper/Hip-Hop musician creates music that is not only very well developed, but it primarily focuses on that old school 90’s vibe and he adds his take on it.  JaCue has been  writing since his freshman year of High School, on and off over the years. When Corona hit, he had so much time on my his hands he decided to put out his first EP “Pothead with a Puppy” and has not slowed down since.

When asked where does he gain inspiration from when tapping into his creative side, Jacue responded “I talk about my experiences on my deployments, school, health, politics, and anything involved in my life. A lot of my music inspiration comes from Eminem, The Game, and 50 Cent. I dove into “DMT The Spirit Molecule” by Rick Strausman and created some lines regarding psychedelics.”

If he could collab with any artists in the industry it would be between Eminem, 50 Cent, and The Game. He feels that people should listen to his music for the authenticity, the creativity, and the love of the craft of Hip-Hop. The industry has changed to a new style that he loves and enjoys. He recently released his project titled “Years review of JaCue” and you can listen to his music on all streaming services!