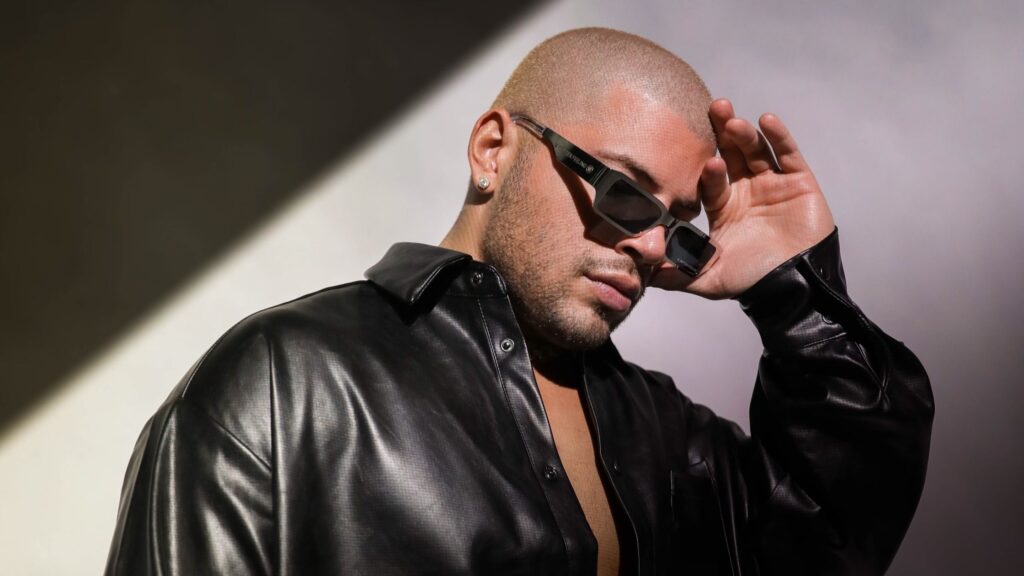 Queens, New York is home to some of the most talented and influential people. Latin American recording artist and actor JAB the ZORRO is the next multitalented versatile artist on the rise! His music and sound will speak for itself. This Bilingual sensation will blow you away with his distinct sound and blends of multiple genres onto one song.

Creating his own unique lane in sound and visuals on what it means to be a male Latin artist, the record is a glimpse into his story as a stripper in his hometown. Confidently owning his past, he delivers with swag and sexiness the measures it took to put himself through college. Knocking taboos and dated mentalities away, JAB, “Wants the audience to feel empowered like nothing can stop them,” by the end of the listen.

When did you know you wanted to pursue music?

I always said it as a joke during my teen years, if I had the talent too, I would. Here I am haha. I took it seriously right after college when I started to explore what I wanted out of my life.

For anyone just being introduced to your music, how would you describe your sound?

It’s going to be eclectic, but I would put it in the Urbano umbrella. It’s a genre that infuses most of the sounds I can think of off the top of my head.

You’re very talented, what inspired you to be versatile with your sound?

Thank you! I am a person of change and that applies to my music. I like to push boundaries and try something new. It’s that attitude that keeps me looking for the next thing. Even now, I’m working on my next singles and I ask myself “Has this been done before? Ok let’s do it!”

I noticed you are the latin editor for Contrast Magazine, how important is latin music to you?

Latin music is the backbone to mine. I recognize and respect all the talent that come before me. As a whole, it’s important to stand together for our culture regardless of what country you’re from.

Do you feel Latin music gets enough exposure?

Not at all, it’s gotten much more recognition than in the past but I never want our culture to be seen as a “phase” or a “trend”. We’ve always and will continue to be here.

What is the story behind your latest release “Bolivar”

This was the starting point of something new. I used to be a stripper and on occasion will do what I need to do. Music isn’t cheap to make! I had been nervous to talk about it because it wasn’t something commonly heard or talked about. I said fuck it, this is where I seperate myself from the rest, my own unique story. I had served, bartended during my college years and it came to a point that I needed more money at a schedule that worked around my college one. I did it and the rest is history.

What sets you apart from others?

I will keep it 100 any day of the week. My honesty is one of my favorite qualities about myself. I don’t do well with the fluff and fake small talk. I’m very outspoken, very openly sexual, very open about personal life. Given the industry of nightlife, I don’t shy away from topics.

Being an independent artist what challenges did you face and how did you overcome it?

Straight up is music funding. I can have all these ideas and if you don’t have the cash to back it up, people aren’t really willing to extend themselves to help you. The second thing would be people taking me seriously, I had been Bartending and stripping for so long, I was objectified in that angle and it seemed like a never ending mission to tear down that image of myself.

What can we expect from you this year? Another project or any collaborations on the way?

More music for sure! Already working on a few at the same time (something new for me). I’m always down to collaborate as long as it’s organic and it makes sense.

Lastly, if you could give yourself one piece of advice what would that be?

Believe in yourself more than anyone ever will. At the end of the day, if you don’t, how can anyone else even begin to?

Anything else you want to let everyone know?

JAB the ZORRO is not a quitter. He’s here to stay.

Bolívar was self-produced by JAB the ZORRO alongside Alx Stefano and Eithan Jacome. The track was mixed by Steve “Rock Star” Dickey who’s worked with Machine Gun Kelly, YBN and French Montana. Mastering was done by 2020 Grammy Award-nominee Michael Tucci who worked on Chris Brown & Young Thug’s Go Crazy as well as other artists like Dre and Lil Mosey. The vocal production was helmed by Grammy Award nominated Christopher “Cannon” Mapp who’s worked with Usher, Diddy and Melanie Fiona.

John Anthony Bonilla aka JAB the ZORRO born in Queens, New York to a Colombian father and an Ecuadorian mother, ZORRO was home schooled for much of his childhood. During those years, he felt a close personal connection to music – no matter what he was going through, he could put on his headphones and move to a whole different wavelength. It wasn’t long before he decided to try creating music himself.

A few years later ZORRO attended Queen’s College, where he majored with a bachelor’s in Graphic Design. It was only after working as an actor that he could properly channel his creativity, giving him the push he needed to start recording and releasing music. JAB is now the Latin Music Editor for Contrast Magazine and has interviewed Tainy, Nicky Jam, Natti Natasha, C. Tangana, Justin Quiles, Rauw Alejandro, Wisin & Yandel and more.

ZORRO’s tracks have a cinematic quality to them; his background as an actor and dancer helps him exude confidence on the microphone. Unlike many others in the Urban Latin genre, he puts an emphasis on creating great overall performances – he sings, dances, and puts on a show for his listeners every time.