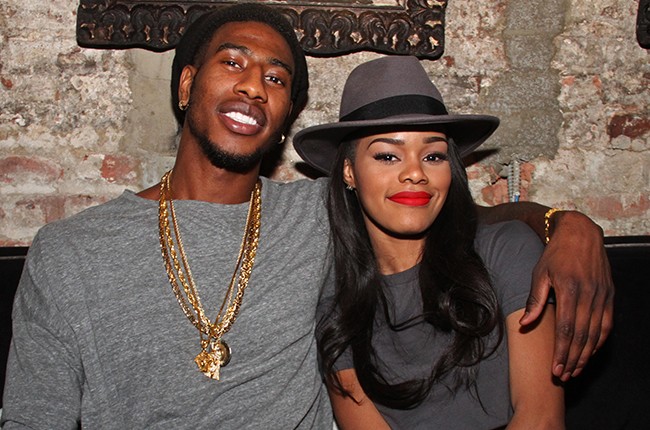 It’s a party of four! Singer Teyana Taylor and her husband Iman Shumpert welcomed their baby girl Rue Rose Shumpert on Sunday at 3:28 a.m. Rue was welcomed into the world at the couple’s Atlanta home just one day after a lavish baby shower.

Iman took to social media and made the announcement. “At 3:28 am on Sept 6th 2020 Rue Rose 🌹 decided that the baby shower thrown for her and mommy was too lit. She didn’t make the party but she managed to make the next day her birthdate!!!”

Teyana also shared a video of her new baby girl!
“We love you Rue, welcome baby girl @babyruerose 😥😍🌹❤,” she wrote in a caption.

Rue Rose was born in the bathroom just like her big sister Junie was, back in 2015.

In June, Teyana revealed her pregnancy in the music video for her single “Wake Up Love”, off her most recent project, “The Album.”