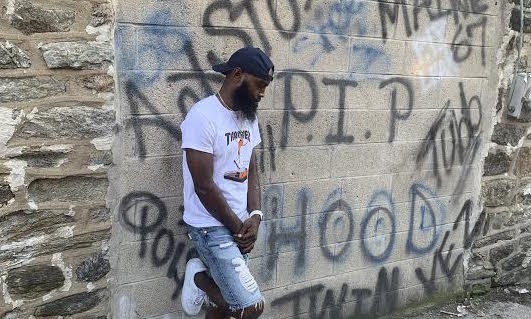 Born and raised in Philadelphia, Pennsylvania, Stu R Tillery’s biggest influences growing up were East coast legends, Jay-Z and The Notorious B.I.G. He’s worked with artists such as Eness and Privaledge and sees himself expanding to collab with even more artists. He even writes his own music!

Most recently, Stu R Tillery dropped a track on all streaming platforms called, “Wreck.” With a very distinct voice, he raps about very real situations happening in the hood. He speaks on his brother passing due to violence, and how now he always stays strapped with his boys. Stu hits us with some killer flows talking about how he doesn’t want to be, “…stuck in the hood just like a mousetrap, scrape my cheese up and I go, don’t do no still tracks.”

Stu R Tillery not only keeps it real with his lyrics, but with his work ethic. He wants everyone to know that if you put your all into something and stick with it, you will end up on top. We can expect this independent artist to definitely move up in the game with this mindset and voice!

Find him on all streaming platforms under @StuRTillery.

Stay on the lookout for Stu R Tillery’s 2nd tape “Stumania,” (in memory of his brother, Hood) set to drop on May 10th!!!