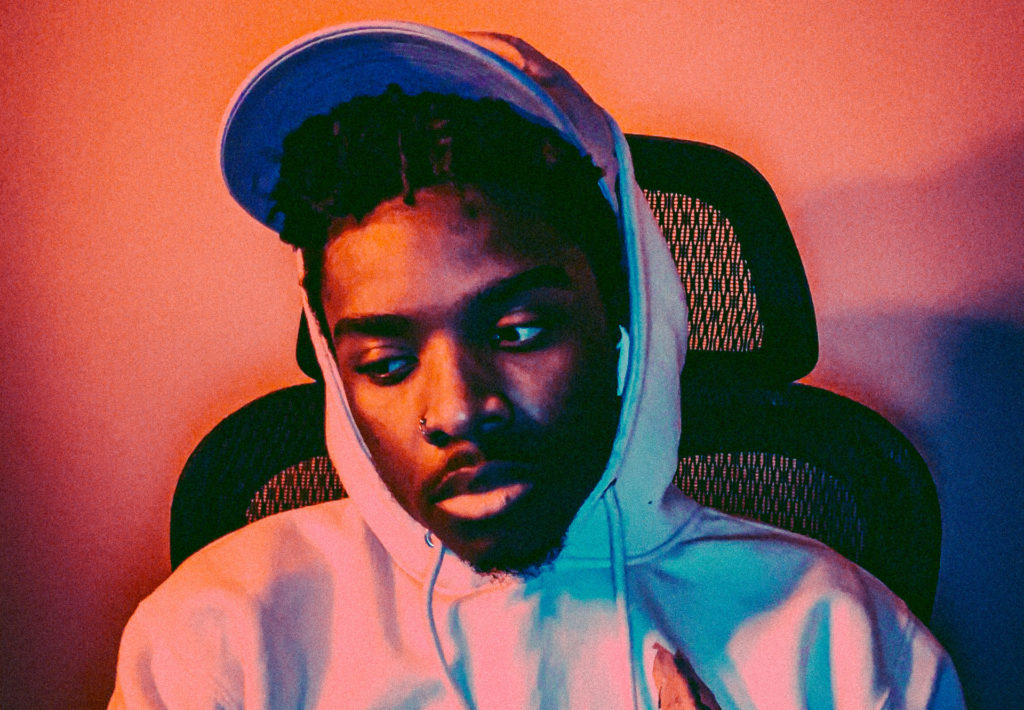 King Scorpio  is someone you’ll want to keep on your radar. As an independent R&B artist who’s ready to show the world what his skills, the up-and-coming singer isn’t wasting any time showing people what he’s capable of.

The Maryland-based artist just dropped his debut EP called Lost Love Found Soul, which is a project about love, heartbreak, and dealing with the emotions that are felt in a relationship.

“I speak about how I dealt with the pain I caused my ex and how the unfortunate situation affected us both,” King Scorpio said of the EP. “Also I talk about the coping mechanisms I chose to cling to as my escapes.”

The R&B artist said that his sound is inspired by other prominent in the R&B/trap genre includingThe Weeknd, Drake, 6lack, Tory Lanez, and Jhene Aiko. But on his new EP, King Scorpio is letting it be known that he’s making room for his own lane and his own unique sound.

Throughout the EP, Lost Love Found Soul offers a vulnerable look at who King Scorpio is as an artist.

I feel as though being an army brat and living in so many places and getting to experience different cultures has made me more open to other sounds and influences. Also my mom has been playing classic rap and R&B for me since before I was born. She used to say I was dancing in her womb on long trips to DMX. It’s given me an appreciation and respect for music from her era and onward.

How would you describe your sound to readers who may not be familiar with you?
I would say I hang in the realm of pop, R&B, neo-soul, and melodic rap/singing. Most of the artists that inspire me switch between these lanes and it’s certainly had an influence on the genres I decided to call home. Depending on which songs you listen to it’s rather easy to draw parallels between my sound and my influences.

Who are some of your main musical influences?
The Weeknd is by far my biggest musical influence. I’ve been XO since 6th grade and Abel has definitely had a huge impact on my lyrical content and style. 6lack, Tory Lanez, Jhene Aiko, Drake, and Juice WRLD are also large influences I can credit in my style of music.

What are some of your music career goals for the future?
For the short term, I’d like to put out a couple more projects and start doing shows after my next project. That of course depends on the pandemic and where we are at that point in time. I’d also like to continue building up my core fanbase. In the long term, I would love to get back into producing and start having a larger hand in the production of my instrumentals — like I did when I was first starting out. I’d also like to branch out and start working with other local artists and building relationships in the Baltimore, D.C., and Philly music circuit. I’d also like to tour and do shows consistently and build a stronger base for my music across the East coast and then the rest of the U.S.

Tell us about your newest project Lost Love Found Soul. What is it about?
This is my first EP and it’s a telling of the ending and aftermath of my latest relationship and the preceding flings and escapades. I speak about how I dealt with the pain I caused my ex and how the unfortunate situation affected us both. Also the coping mechanisms I chose to cling to as my escapes. Then my eventual acceptance of the loss of the relationship, the woman I loved, and taking accountability for my hand in the mess.

What has the response been like to that project?
The sneak peaks and promotions leading up to the project’s release has been overwhelmingly positive. My fans and supporters seem to enjoy the new sound and the direction I’m going in, which was a huge relief as I used to be more partial to melodic and hard rap. The switch to a more R&B inspired sound has been seamless.

What are some projects you’ve done in the past that you are most proud of and why?
My previous singles “Love Addict,” “Emergence,” and “Insanity.” First and foremost for the huge variance in genre, melodic rap, jazzy soul, and trap metal respectively. Each was my first venture into the genre as I tried to find my sound, and I’m proud of each saga in my journey. They were products of the mindset and place I was in at the time of their creation and I put my all into them emotionally. I still think they hold up.

What message do you hope fans take away from your music?
I just want my fans to have a better understanding of my mind and the chaos that goes on up there. Of course I make music for my own personal therapy, but I also do it for the enjoyment of others. They seem to love it and I’m glad I can create something that touches people in such a way so I just hope they can identify with what I sing and know I’m documenting my pain and struggles as a human.