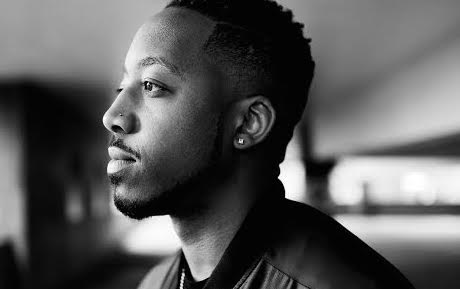 obgreedy is an up and coming artist who draws from hip-hop, R&B, and soul sounds, and reps the 562 area. He came up with the name himself in high school. The name especially took off during college when he and his friends would throw “Greedy” parties. After this, everyone who knew him or knew of him would refer to him as “obgreedy.”

He was interested in making music at a young age, whether that was just making beats with his mouth on his way home from school, or recording songs in college with his roommates for fun. As it only started out for fun, obgreedy saw himself pursuing music seriously in the near future. He ended up releasing his first single, “Conceited,” in 2018 on Apple Music. This was the turning point for him where he thought to himself, “Okay, it’s time.” At this point, he knew he did not want to just be, “…some rapper pretending to be an artist.”

Although obgreedy comes up with his own lyrics, he believes music is collaborative. He feels that having multiple minds come together to create a masterpiece should, “…NEVER be looked at as a negative thing.” Not only did he have influences growing up such as Ludacris, Jay Z, Drake, Post Malone, and Childish Gambino, but also Nigerian records due to his father’s musical influence at home.

obgreedy was made to be on stage. He performed his first show in July 2019, where he said he didn’t feel any nerves- only hyped. A song that received great feedback was a track called, “Come Get It,” which he performed at a couple of venues, and for Aux Cord Wars. “Come Get It” was selected to be on 1am Radio when it first came out.

Although obgreedy has not collaborated with any major or mainstream artists, he has collaborated with his partner, Greedy Cheech. They dropped an EP called ilVth in 2019, showing a different sound from the rappers. obgreedy says he is, “…always open to any collaborations,” and has made plans to collab with many artists from SoCal.

obgreedy has a plethora of goals including multiple world tours in the future, collaborating with top artists in the music game, and making multiplatinum projects. If he had to pick a main goal, it would be to make an imprint in the game as an artist who makes music for those who struggle with confidence. He wants those people to know that, “…with the right belief system, they can achieve something special.” You’re speaking nothing but facts, obgreedy!

obgreedy plans to take his career to new heights this year with “The Greedy Takeover,” which is his plan to, in his words, “build my (his) own empire” He wants his music to inspire people to be better and take his clothing brand, Greed Brand, to the top. With music being the center of all of this, he is working on several more releases this year to ensure that his name and reputation spreads farther than Southern California.

You can expect obgreedy’s next released tracks to also have hip-hop and R&B vibes, but also a Nigerian influence, as well. Look out for his EP dropping this year titled, “SLAPS EP.”

obgreedy is on all music platforms, such as Apple Music, Spotify, Soundcloud, Amazon Music, and Tidal. Show this passionate lyricist some support!