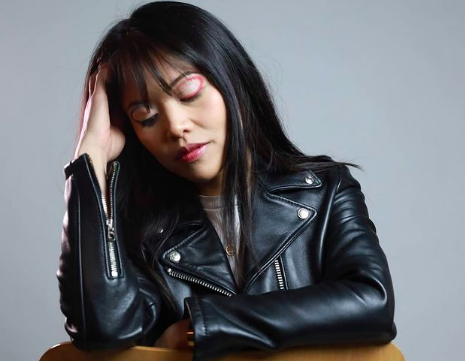 California girl, Janice Lee, is bringing the sounds of legends back to life with a modern twist. Her sound is greatly influenced by exceptional artists from the 70s, 80s, and 90s such as Madonna, Joan Jett, Carole King, and Janet Jackson. Her retro inspirations mixed with current inspirations such as Dua Lipa and The Weeknd, is what will without a doubt reach and inspire listeners on a global scale.

Janice has been around music from the time she was a child. She played the drums for her father’s Filipino band during rehearsals, played the piano, and tried the acoustic guitar in college. Within the last 10 years, Janice has improved on her craft of singing, songwriting, and composition. This year, she decided to take her passions to the next level, and recorded her first released song this past June.

Why music? Janice Lee explains that music is the only thing that has been a constant throughout her life. She explains, “I have so much fun creating music and dancing. I want people to experience what I feel when I’m making these songs.” What is so unique about Janice Lee is the fact that she’s a triple threat being able to sing, dance, and has signed with a modeling agency in San Francisco for a year.

While the pandemic has greatly effected the entire world and California, specifically, Janice Lee used the stay-at-home order as fuel to launch her music career. Being able to work from home gave her the timing and opportunity to create music for the world to start hearing. Janice Lee has already released 3 songs this year alone titled, “Caramel,” in July, “Lovesick,” in August, and most recently, “Finding Home,” in November which were all written by Janice, herself, and produced by Audioway Music.

“Finding Home,” is a song that tells a story that can be felt on an emotional level by anyone. The captivating lyrics remind listeners that they will always come out on top after going through the struggles life throws their way. As expected, Janice Lee brings the heat with the sounds of the 80s Synth-Pop that we all know and love. The independent artist sings lyrics so open and raw that the song gives her listeners a sense of relief knowing they, too, will find their way back home after the turmoil. She sings, “For a while, I lost touch of who I am, and right now, I’m coming back to understand the person I’ve become.” She goes on to sing, “Here I go, looking back no more, shedding all I used to know, and I’m finding my way back home.” “Finding Home,” will inspire listeners to shed away who they used to be in order to flourish into being their true selves.

There are no excuses not to check out what Janice Lee brings to the table! Her music is released on all easy-to-access apps including Spotify, Apple Music, Soundcloud, Deezer, Youtube, Amazon, and Google Play.

Be on the lookout for her first EP which is scheduled to be released early next year, 2021!