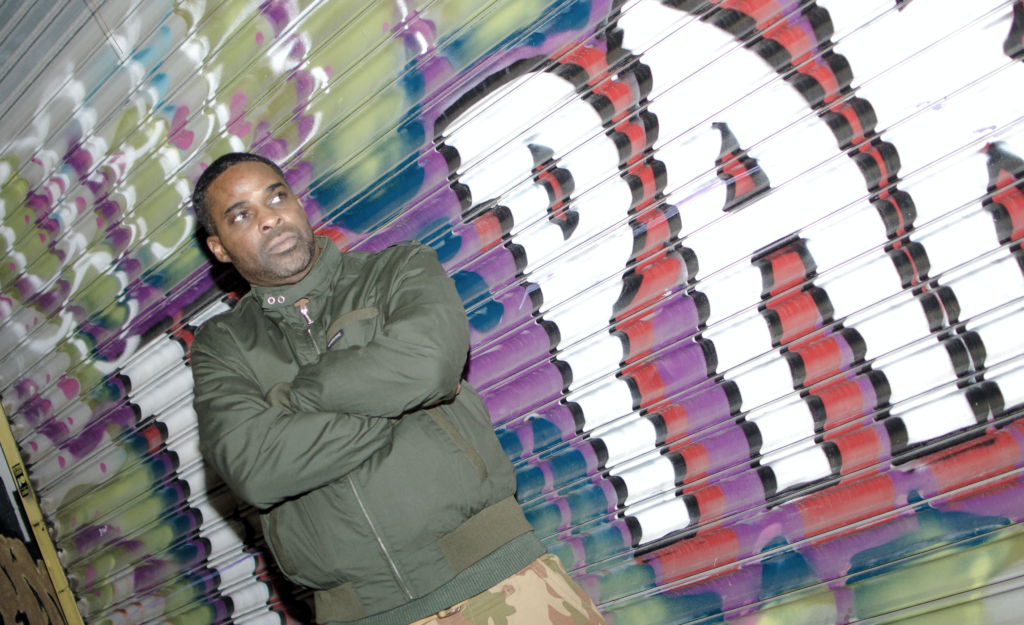 Bronx-based hip hop artist Collin Suttles is bringing the heat this summer. The independent artist is pursuing his music career full speed ahead and is showing the world what he has to offer. He decided to pursue a music career shortly after high school, and decided that music was a safe haven for him. He says that he doesn’t know where he would be today if it weren’t for music.

“I honestly don’t know if I would be here today without music, I’m thankful that the most high put the gift of music in my heart,” Suttles said in a recent interview.

Suttles’ sound could be considered as being a mix between hip hop, gospel, and soul. His latest release “Co-Op” that dropped on July 4th showcases his talents as an artist and displays his unique sound. The song also has a meaningful message behind it that creates awareness and encourages people to take a stand for issues that they are passionate about.

Keep reading to learn more about Suttles and listen to his new song “Co-Op” below.

Hmmm, good question. My sound is definitely rooted in hip hop, gospel. and soul music. I’m a writer at heart, but I also produce records. Therefore I usually approach each project or song from a different perspective. For example, this week I completed the campaign theme music for Shenequa Charles, who is running for State Assembly in the Bronx, NY. She came to me with the idea, I vibed on it for a few days, put together the music, and wrote the lyrics. It doesn’t particularly sound like other music that I have released, but the feedback has been great. People are listening and getting excited about the campaign, which was my goal. So I say all that to say, my sound changes, but if you listen to my music, you will hear some similar elements.

Well, music career, those two words have taken on a new dimension as I continue to write, produce, and perform music. At this point, I’m committed to the indie music scene, and I work with talented musicians, who bring out the best in me. I mention this perspective because a music career means various things to various people. A music career to me means I get to continue to evolve creatively, as I work with creative people. That’s my music career!

The passion I feel for music these days is fueled by injustice and the lack of equality we all are witnessing in our society. Most of my new music is a reflection of urban communities throughout the world, my goal is to connect these melodies, flows, and rhythms to the power of unity, which produces awareness, and builds urban sustainability. That’s what’s inspiring me at this point!

Yeah hobbies, those are helpful. I like to exercise and invest time in organizations and individuals that are working on behalf of community development. I also just completed my first children’s book called, “Iggy Likes Sunday,” I’ll probably release it next year.

Wow, you put me on the spot with this one. My musical palette is very diverse. I could spend days talking about this, and I actually have spent days discussing this topic with my music friends. If I had to name one person that I feel has captured the spirit of creativity, and stayed true to his individuality, it would be Quincy Jones. From Micheal Jackson, to Frank Sinatra, to the soundtrack for The Color Purple, he has remained true to music and his life. That’s what I believe it’s all about!

Well, I scored a short film last year called, “Homesick.” I like the process, and think that I could add a lot to film through music. So I wanna score more films, also I produced my second annual Christmas Coat Drive last year, that was fun, and we gave away coats to homeless people. Yeah, I wanna produce more live benefit shows as we enter the future.

Tell us about your latest project “Co-Op.” What’s it about?

I am promoting my new single entitled, ‘Co-Op’ featuring Raydar Ellis and my band UC (Underground Collaborative). The single is about cooperative businesses working together in urban communities to build sustainability. We are preparing to shoot the video next month. The last project I released or worked on is with indie artist Larie D. Edwards on his Love Anthems project, featuring a single we wrote together called Captivating. It’s doing its thing, make sure you add it to your playlists.

I like most of the music I work on, I have remixes and poetry interludes that I feature on my SoundCloud page. You should check it out, let me know what you think. I also have a social & environmental justice blog, called, ‘Humanities Heart,’ that’s beginning to gain notoriety.

I want people to gain a new perspective on life from this music. I want people to prepare as we take on new norms. My objective is to create music that is part of the healing process.

Check out “Co-Op” by Collin Suttles below.