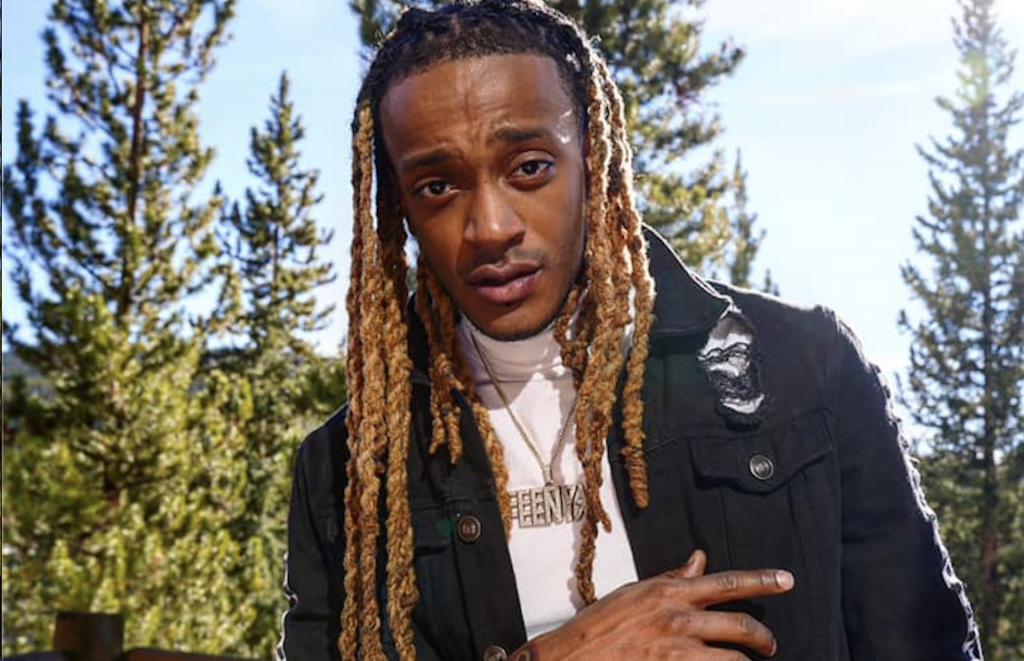 Rising artist Feenyx from Charleston, WV now residing in Atlanta, Georgia is gaining traction after his most recent album release titled, “RISE IN POWER” which was released in early July and consists of eight songs. He is currently working on shooting music videos for each song on the album and once that is complete he will move onto recording his next EP. This next EP is fully focused on his Podcast ‘Ruffled Feathers’ which he talks about heated topics, takes callers, and gives advice. However, he feels that in order to boost the podcast he needs to ruffle some feathers in the industry so he will be addressing a lot of issues in this industry.

When asked what his sound and style is Feenyx says he doesn’t have a style and he considers himself an iguana when it comes to this music, rap, hip-hop, rock, etc. He is rarely compared to any artist however, when comparisons are made he’s been told he sounds similar to Nipsey Hussle and Lil Wayne because of his conscious way of rapping. Feenyx is not only talented behind the mic he is multi talented being able to engineer his own music, shoot his own videos, and act.

His interest in music began at the age of 7 when his sister Tiana told him he should after introducing him to Bow Wow and Romeo. After that point, he recorded his first song at the age of 8 at his best friend Jodie, uncle’s studio with his first inspiration coming from the music on the radio and studying the music he heard. When asked who he looks up to musically he said Kendrick, Lil Baby, and Drake and mentioned his goals for his musical career is to build a notable name like theirs so he will be able to profit residual income thats enough to power other ideas and goals.

Over the course of his career Feenyx has dropped five projects and has been featured on platforms such as VICE, Spotify Buzz Music, WorldStarHipHop, and he has opened for major acts such as, Young Jeezy, K Camp, Rich Homie Quan. He was also noticed for his hit WV Water which highlighted the WV water crisis which got statewide news coverage.

Apart from music, Feenyx encourages and helps his fans to unleash their true potential. As a child he felt pressure to meet high expectations put into him from others. He said, “Growing up I had a lot of expectations that put me in a box and I had to move out to really find out who I was. I call it, finding your Feenyx. To get out of this feeling he dug deep within himself and analyzed his upbringing to see if it aligned with who he truly is today, “torn between who you are and who you want to be, time waits for no man and Tempus Fugit, meaning time flies, so wake up blessed and thankful if you can walk, talk, smell, hear, talk, then you are able and you can do it,” Feenyx said.

Keep your eyes out for Feenyx because he shows absolutely no signs of slowing down. Apart from the videos he is actively shooting for his recently released project, he is also planning to drop another in addition to working on a pilot TV show, similar to Atlanta but more about where he comes from and his life raising his son, so stay tuned.

His music can be streamed on all streaming platforms under “Feenyx,” and his social media can be found below: