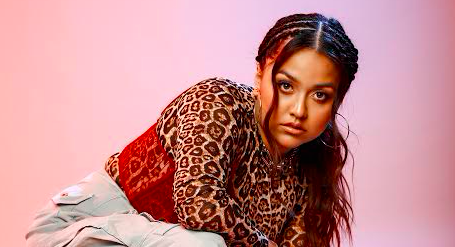 From being born and raised in Manila, Philippines, to moving to the United Kingdom in 2016 to study Musical Theater at Cambridge School of Visual and Performing Arts, to moving to Los Angeles, California upon graduating, Tiana Kocher is not afraid to do what it takes to make a name for herself in the music industry. With Tiana Kocher, what you see is what you get. The contemporary R&B artist not only radiates beauty, but love, genuineness, and authenticity, as well.

Common themes in her music include encompassing love in all its forms, ranging from romantic relationships to friendships, due to being heavily influenced by the 90s R&B era. Kocher explains that although she is a fan of a number of different genres, she always seemed to gravitate towards the complex runs and riffs that R&B singers incorporate. Growing up, she was inspired by artists such as Brandy, Keyshia Cole, Monica, Aaliyah, SWV, and TLC, just to name a few.

Tiana Kocher isn’t shy to let us know that she is a regular person, just like us! When it comes to her style, she leans toward street wear options. You can find her on Fairfax Avenue, or even at your local thrift stores. She makes it known that she does not look like the girls the world is used to viewing on social media. Tiana wishes to positively impact the youth by showing that it is beneficial to be different and unique.

The independent artist, currently influenced by Kehlani, Snoh Aalegra, and JoJo, is signed to an independent label called Manila Music. Tiana shares that she is very fortunate to work closely with her choreographer, stylists, producers, and publicists to ensure that what is put out into the world is authentically her. This year alone, she has released singles, “Boi,” “Don’t Trip,” “Por Tiempo,” featuring J Alvarez, and her newest drop, “FWU.” In “FWU,” Tiana Kocher gives listeners an upbeat vibe while singing about someone she just can’t seem to get off her mind! The visual, filmed during quarantine, can be seen below. Tiana Kocher has also teamed up with SHAWTOUT, which is a platform that allows artists to support their favorite charity and give personalized shout outs to their fans!

If you want to support an artist with a genuine personality that produces amazing content, tap in with Tiana!