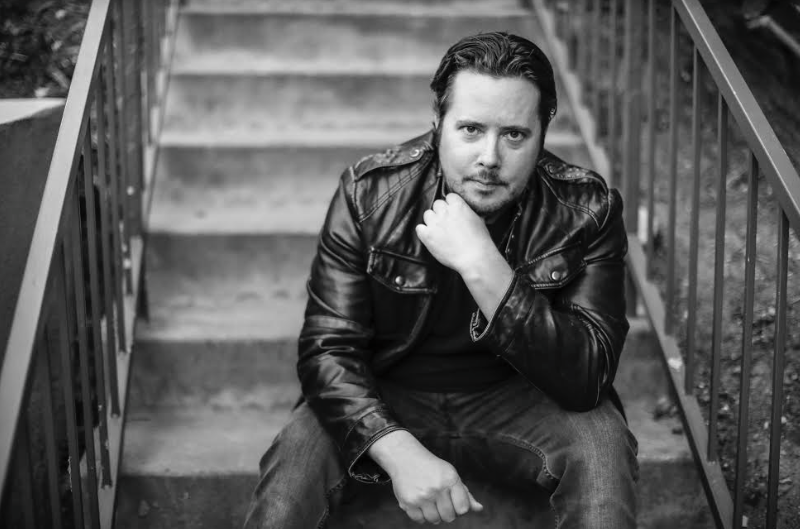 Music is a lifelong commitment for independent Hip Hop artist, songwriter and producer Ghostwriter LA. From Sweden, to every place in between, Ghostwriter LA touched down in Los Angeles, California in 2014 to be as close to the entertainment industry as possible. A man of many talents, he has worked on screenplays and penned novels. He writes, produces and engineers all of his own music, and has also earned a Master’s Degree in Political Science.

Ghostwriter LA, who started his career as a journalist, gained his name from ghostwriting many books in numerous genres. As a musical artist, Ghostwriter LA has a unique sound, incorporating vibes from 1970s Soul and 1990s rap and R&B. And he’s not new to the game, although he took a long break from music. In 1996, he recorded his first record with rap group Illtrakkerz. His musical inspiration is quite eclectic – from Puccini’s operas via the soul of Isaac Hayes to the heroes whose sounds he grew up on – Kool G Rap, Tupac and Mobb Deep.

To drop some important knowledge on you, Ghostwriter LA changed the life of a fan after dropping his single “SICK” in December 2019. The artist was considering leaving music behind until a fan tuned into Instagram Live to tell him that he had previously been locked up in a psychiatric clinic and had heard “SICK” after he was released. The song reminded the former patient that he wasn’t alone in his struggles. Ghostwriter LA had impacted someone’s life in a positive direction. That was all he needed to continue his craft.

You can count on Ghostwriter LA for eclectic and melodious sounds, with the perfect touch of sinister. He has dropped an album this year called BEATS, and is working on dropping an EP with a talented rapper named TR3YR in early August. For now, you can anticipate the release of a single with TR3YR called, “UP!” coming out July 24th. But before then, the song “HOT ZONE” featuring OT The Real & Nikki Barbados drops this coming Monday July 20th!

If taking a chance by moving from Sweden to Los Angeles, collaborating with Kool G Rap, and completely changing the lives of his fans isn’t enough to get you more curious to hear more from Ghostwriter LA, then perhaps this will:

After joining Justice Baiden’s (co-founder of Love Renaissance) Instagram Live in early May and playing “SICK” for Justice and an audience of hundreds of people, Ghostwriter LA is currently being evaluated for LVRN’s Super Team for songwriting and production. To put this into perspective, some of the world’s top artists, such as Summer Walker and 6lack, are signed to this label. They also happen to be Ghostwriter LA’s favorite artists and he couldn’t imagine a greater honor than to work with them and be part of the label’s continued success.