GET TO KNOW SHIPLEY, THE R&B ARTIST ON THE RISE

GET TO KNOW SHIPLEY, THE R&B ARTIST ON THE RISE 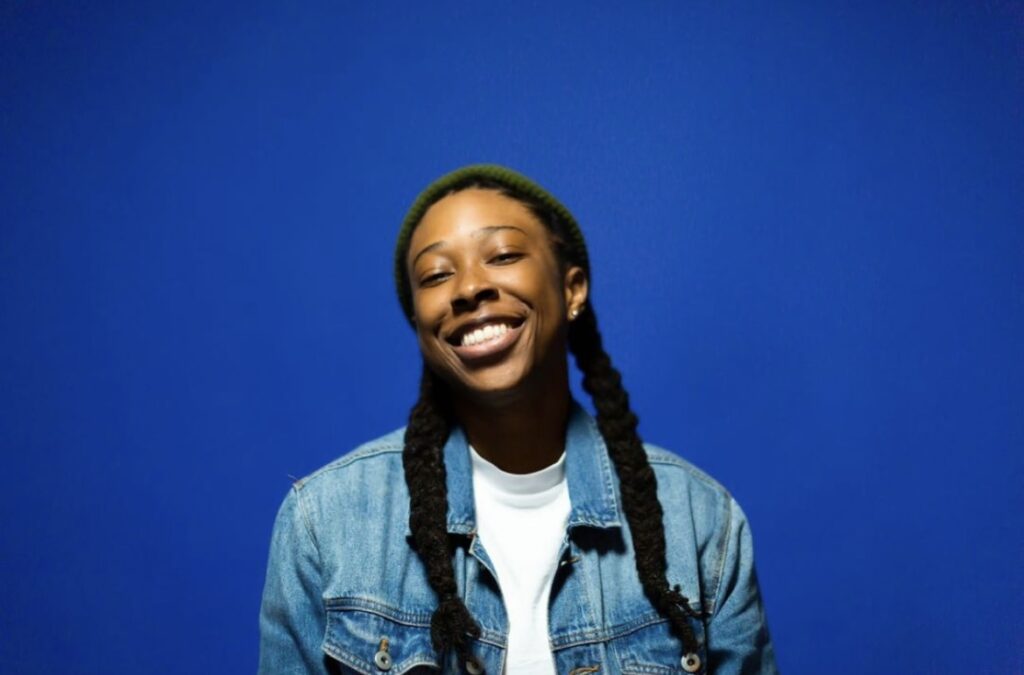 Get to know Shipley – born and raised in Maryland, she gets personal about being an independent artist and her road to where she is now, and her goals for the future. Making music since elementary school and beginning to take it seriously after graduating from Bowie State University, Shipley has officially been in the industry for five years but is still very new to everything. Some of her favorite highlights include her first performance this past summer at a music festival in Houston, completing her first project and music video last year, and being nominated for the best R&B album in the prestigious DMV award show, The Wammies.

Shipley describes herself as the laid-back but sensual and smooth type, which goes hand in hand with her artistry. With her mom as her biggest motivation, Shipley wants to make sure she never has to worry about anything ever again and gets to experience all the finer things in life. As an R&B artist through and through, Shipley conveys her emotions through music, making listeners feel her music through their bodies. She hopes to drop a debut album, continue working on music and grow financially.

The road to where she is now and where she aspires to be hasn’t been easy though, especially as an independent artist. In addition to everything being her responsibility, health issues hindered her from recording for a little over a year.

“I think the most difficult thing is finding trustworthy people that are consistent and dependable. Luckily I have a team of people with me that actually believe in me and what I offer as an artist.” Shipley explains.

Taking musical inspiration from both her experiences such as relationships and heartbreak and artists such as Chris Brown, Drake, Usher, and countless others, Shipley puts her all into her music, using it as therapy. Currently, she only has one EP, “GRAE” which was released in 2021 alongside the visuals for the main single on the EP, “Rain”, and three singles. She says that her favorite project would have to be her first one, “GRAW” since she was emotionally connected to it due to the topics and experiences mentioned! Starting out as a producer while in college, Shipley works with her engineer, Carl at Gemstar Pro Studios, with various producers such as JP Got It and OJizz. She has also worked with songwriters Kuban and Pendrick, who she’s actually working with on her upcoming EP, “This Ain’t About You”. “This Ain’t About You” features her new single, “The Problem”, which is the first single and visual to drop! Co-signed by Zaytoven and produced by JP Got It, Shipley is excited about the project as it displays much of her growth as an artist.

With collaborations from Houston-based artists Motion and Jahmaiki, she has been featured on his “Playboy” this last summer. She hopes people understand that she provides an experience of love through music, no matter the vibe, whether it’s on a late-night drive or just chilling in your room, her music can fill that void. By expressing what she’s going through and being able to help others who may be experiencing the same thing, Shipley says that “the therapy of releasing music that comes from my heart will forever be my driving force in this industry.” She hopes to one day collaborate with Chris Brown in addition to doing major tours.

When Shipley isn’t in the studio, she enjoys eating, working out, and playing video games (mostly 2k!). Outside of music, she sees herself with a nice house and a dog in the future! Be sure to follow her on Instagram (@officialshipley) and subscribe to her YouTube channel (youtube.com/OfficialShipley)

Having learned many lessons from the music industry, she wishes she had the advice of learning the music business before making and sharing music with others. Shipley also highlights how important it is to change someone’s life for the better if given the opportunity. She advises upcoming artists always to have a team of solid people who believe in you and can add value to your career. Sending a message to fans as well, she says thank you for all the support and she hopes to continue providing the listening experiences they can appreciate through the years to come.

Make sure to listen to her latest single, “You Already Know” and the “GRAE” EP out on all streaming platforms!