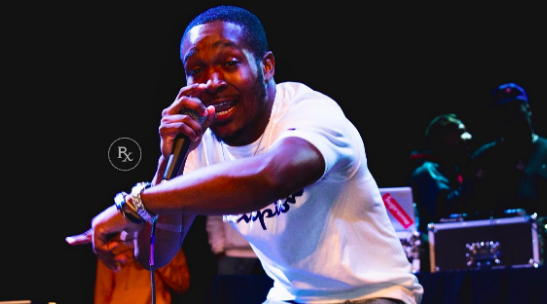 FSG Rell is a Hip-Hop artist out of Pennsylvania who has always and will always keep it real. His long term goal is to become the best artist ever, making platinum records and earning Grammy’s; But, before that happens, FSG Rell has been honest with himself. He explains, “In my city, I’m big, but if I’m honest with myself, I need to do better. I can’t get complacent with where I’m at. As long as I set that goal for myself to work hard every day, then I’m already 65 percent of the way there.”

FSG Rell always knew that he wanted to make music his career. He puts this into perspective by explaining how adults always told him to be realistic and go to college to ultimately have a great paying job. He respects those who go down that path, but he knew that was not his calling. Therefore, he explains, “Instead of being almost a hundred thousand dollars in debt, I’d rather make money and invest that into what I really want to do while I’m young enough because I can always go back to school; But, your youth doesn’t last forever.”

He takes this idea a step further and expresses that he is looking to make an impact on all small town youngsters to show that they can make their dreams a reality, whether that be sports, music, or any other dream. FSG Rell wants to be relatable from anyone in Beverly Hills to the trenches.

FSG Rell has released a total of 8 albums and 1 EP, his most recent being More Than A Rapper, released this year. The album consists of 13 songs, included his latest four singles, “Big Money Shit,” “Note 2 Self,” “Soul Food,” and “Natalie Knight.” He has dropped videos for three of those songs, and is in the process of dropping the fourth video! In the past, FSG Rell has gained almost 200,000 streams just on Spotify alone with his song, “Gucci Prada & Fendi.”

Experience the sounds of FSG Rell on all streaming platforms, and be on the lookout for two more albums dropping before the year is over!