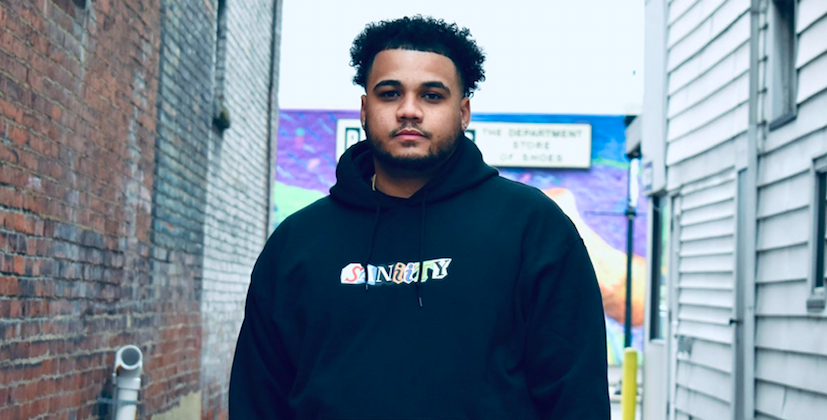 He goes by the name of FRE$HDRiPSMUD, and he’s loyal to the city of Sharon, Pennsylvania. The creative name comes from his father who used to call him “Fresh,” for his fashion style, and “DRiPSMUD” was added because the city of Sharon is referred to as, “The Mud.” FRE$HDRiPSMUD first started recording music with his older brother, Kota, on their mother’s laptop. Even though it started off as just being for fun, the rapper really began to take it seriously in 2019. He describes his first studio experience as, “…unforgettable therapy. It felt like the mic was a speed bag.” And today he dropped his long awaited new single, “Can’t Stop the Hustle,” hosted by the one and only, Dave East!

This is the first single off of his next project, In The Mouth Of Madness coming out this year. FRE$HDRiPSMUD says he would rather let his fans describe his sound, instead of easily telling us himself. His biggest inspirations are Jay-Z, Drake, and Nipsey Hussle. FRE$HDRiPSMUD definitely does give us those Nipsey vibes through the sound of his voice! What do you all think?FRE$HDRiPSMUD says that not only does he look up to those three artists for their sound, but for what they stand for. They taught him that the money that is made with music can be used to help impoverished neighborhoods. His goal is to give back to less fortunate communities by creating jobs and businesses for them to succeed at. One business that FRE$HDRiPSMUD is working on beside his music is a clothing line called SANiiTY.

Take a listen to “Can’t Stop The Hussle,” that he just dropped today !You can check out his previous musical work below!

Show FRE$HDRiPSMUD some love on all music platforms!