Fque Catchems Is Up Next With Latest Album ‘Up One’

Fque Catchems Is Up Next With Latest Album ‘Up One’ 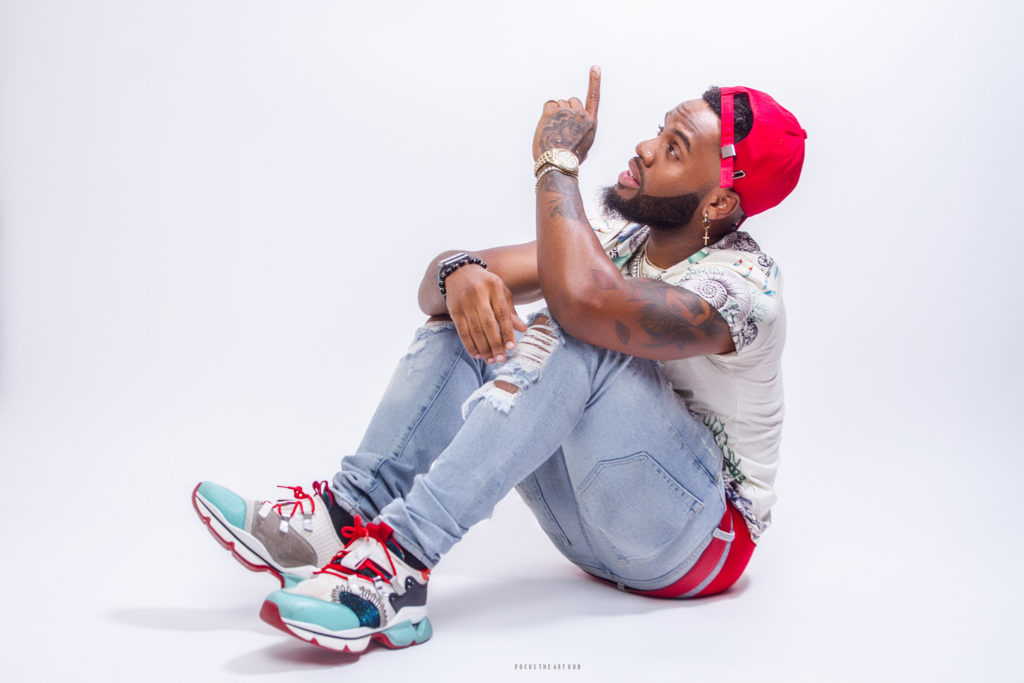 Meet an independent artist who’s quickly on the rise: Fque Catchems. He just dropped a hot new project called Up One, which was released on his birthday (June 12).

The artist offers a lyrical approach to his music which spans creative verses and catchy rhythms. Fque Catchems is based in Atlanta, Georgia and has been grinding since 2017. After graduating college and working in corporate America for three years, he realized that he wasn’t passionate about it. Fque (pronounced few) knew that music was his opportunity to pursue what he truly believes in, and decided to chase his dream full heartedly.

Since the start of pursuing his music career in 2017, Fque has released a few versatile projects under his belt including albums such as Beautiful Pain, Tunnel Vision, and I Want It All. It’s clear that the rapper is determined to win and succeed, and with a promising talent and ability to create a solid project, Fque definitely has potential in the industry.

With his latest release, Fque is ready to show the world his talent, and is maintaining a consistent presence across all platforms. He hopes that his music serves as an inspiration for people to believe that dreams really do come true.

Keep reading to learn more about Fque Catchems and the inspiration behind his latest project Up One.

What city are you from and where are you based now?
Fque was born in Youngstown Ohio. Due to a high murder rate and drug violence Fque’s mom moved him and his two brothers to Atlanta, GA where he was raised.

How did you get your artist name Fque Catchems?
My birth name is Rashad Bland. I go by the name of Fque (pronounced like few) Catchems. The name Fque comes from a small island named Maluku and it means king, warrior and victory. My purpose for choosing this name is not only because of the uniqueness and meaning, but also because of the spelling. My overall goal is for everyone in the world to be able to look at that name and know exactly how to pronounce it and who he is.

At what point in your life did you decide to pursue a career in music?
I have always been blessed with the talent of word play and the gift of gab… Due to what society says the American dream is, I graduated from college and worked in corporate America for three years and I put my music as a Plan B option. I realized that corporate America wasn’t designed for me specifically, so I quit cold turkey and tattooed my hand to assure that I would never go back to corporate America. That’s when I decided to chase my dream. I’ve been a full time artist since 2017 and I will never look back.

Has your upbringing played a role in shaping who you are and defining your sound today? If so, how?
My upbringing definitely had a big part of my music today. On my album Beautiful Pain I definitely told my story from growing up in a single parent household and in ghetto life and poverty. In my other album Up One, it’s more of a party/club banger/trap vibe. Growing up in Atlanta that’s kind of all we know: Party, club and trap.

How would you describe your sound to readers who may not be familiar with you? What genre does it fit into best?
My versatility is off the charts. Not only do I make music that you can relate to and connect with emotionally, but I also make music that you can vibe to party to and turn up to as well. My sound is more on a lyrical edge and I use a lot of punch lines and metaphors and that’s what makes me different.

What ultimately inspired you to dedicate yourself to a music career?
What ultimately inspired me to do music was NOT the things that comes with being an artist such as money, cars, clothes etc. But it was my passion of touching billions of people with my words. The end goal is to have a generational wealth and to feed my kids’ kids’ kids with my talent, but also to touch the lives of others through music and songs.

What’s one reason you are passionate about music and what inspires you to make it?
One reason I am passionate about music is because I know what it can do to people and the impact it can have on a person’s day, mood, and even life. Why not touch as many lives as I can with my words? Music makes the world spin, and it is included in almost EVERYTHING from commercials, to movies, video games, social events and even elevator rides. If I’m blessed with a musical gift, it only makes sense to pursue it.

Who are some of your main musical influences?
Some of my musical influences are Lil Wayne for his lyrical ability and flow, J Cole for his message and what he stand for, Drake for his diversity and approach, and Young Thug for his creativity and stepping outside of the box and creating a new lane and sound.

What are some of your music career goals for the future?
Some of my goals are to win multiple Grammys, perform overseas, and to get one billion views on a music video.

Do you have any hobbies outside of music?
My hobbies outside of music consists of being with my son, working out, running and things like that. But it all plays a part in my music at the end of the day because me working out is a part of my image as an artist and staying in shape is important as an artist especially while performing long sets. And I do everything I do now for my son, so all of my hobbies are still connected to my career in a sense.

Tell us about the project that you just dropped called Up One. When did it drop and how would you describe it?
The EP that I am currently promoting is one that was released on my birthday, June 12, titled Up One. This project has a party/club banger/trap sound. The single that we are currently pushing is track 5 titled “Wiped Out.”

What was the inspiration behind that project? And what has the response been like so far?
The response on this project has been phenomenal! The feed back that I have been receiving has been A1. I have had a 4 time Grammy winning producer tell me that he can listen to all 9 tracks on the EP without pressing next.

What are some projects you’ve done in the past that you are most proud of and why?
Up to this day the project that I am most proud of is my debut album Beautiful Pain. The feedback that I got on that album was AMAZING! I have had soooo many people tell me that that album has touched their hearts and lives in a positive way. I had a homeless girl tell me that she would listen to the song “Champion” everyday and she finally got her a home. I had a pastor tell me that the song “Not Wit U” restored his marriage. As I was recording the song “Hold On” the guy who was engineering the song literally started crying because he says it reminded him of his brothers and sisters and mom. The list goes on and on with the stories behind this album but I also gained a LOT of fans from that album.

What’s next for you? Are you working on any upcoming projects we should be on the lookout for? Include any dates if you have them.
I’m always working on new music. Before Up One was officially released I was working on a next year spring album for the ladies. In the mist of that I am also currently working on my winter album. The only thing about that is I have to top Beautiful Pain and that will definitely be the biggest challenge. But as of right now, my manager has me booked with shows and we also have three visuals from Up One about to release.

What message do you hope fans take away from your music?
The message that I hope fans take away from my music is that I’m a genuine person and I’m as real as they come. I want people to know that I am making this music for them and that my listeners are what keep me going. I also want people to know that dreams do come true and I want to help as many people reach theirs through my music before my time is up.

You can keep up with Fque at @Fque_Catchems on all social media platforms and stream Up One below.