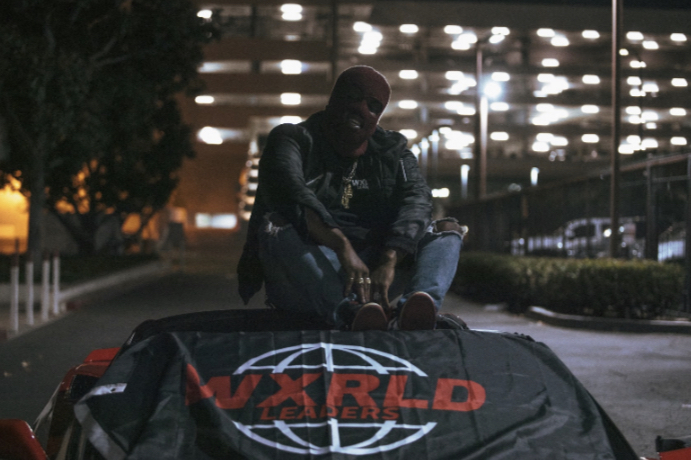 It has been a year since the drop of “Talk to Me Nice”, a track that had listeners go wild on all major streaming platforms. After racking up a total of over 35k views online, Fourtee has left fans waiting for more but the wait is finally over.

Next week on March 24th, 2022, Fourtee will release his most anticipated track of the year. This will be his first drop for 2022 and he has a new story to tell on his journey as a rap artist and business executive. Since last drop, his fans have been putting some respect on his name but this time around, he is getting a little deepper with sharing what it has taken him to get to where he is at now. His next track, “Hustle” is all about staying strong while trying to make it out of the bottom. His story has been motivational to all his fans and the realness is what keeps them wanting more.

The now LA-based rapper Fourtee had witnessed the struggles of what it took to stay alive in the city growing up as a kid in Newark,NJ. His mother, being his most influential person to this day, has always shown him how hard it could be but she never gave up for herself nor her 4 children. As he got older, making it out of the streets and becoming a businessman to finally pay her back and also live the life they all deserve has been his mission and he won’t stop – he’s actually just getting started.

Havingto hustle before getting on has not been easy but it took a turn after he landed a job as a driver for a sprinter car for a local chauffeur company that changed his life. Little did Fourtee know that he would be headed in the right direction for his destiny as a rap star. As a driver, Fourtee had the opportunity to be a chauffeur for big names such as Lil Audi Vert, Jadakiss, Gunna, Cassanova, Kid Cypriot, and more! He would drive them throughout their tour locations and be behind the scenes with big label executives. That’s when the aspiring artist just knew he wasn’t in those buildings for nothing and decided to do something about it.

After a few years, he made the decision to relocate to LA in 2018. He believed he would get away from the distractions that were in the way while living in Newark, to finally focus on his moves as a rapper and business executive. Moving across country really snap shifted his story and probably was the best thing he could’ve done for himself.

Although he’s been dropping music since a kid, Fourtee experienced big break in 2019 when his track, “Freeze” was featured in the NBA2k playlist. Both NBA legends, Steve Stoute and Kevin Durant handpicked his track to be a winner of the NBA2k20 contest. Since then he’s been on fire.

The “Hustle” rapper knows how to make a crowd rock. His strongest attribute to the game is knowing how to play it from a business stand point. Following the advice and knowledge of hip-hop industry billionaires such as Jay-Z, Puffy, and Kanye West, he keeps the listeners in mind and always gives them what they want.