Independent Hip-Hop Artist “A.Swoope”Makes a Name for Himself in the Music Industry

Independent Hip-Hop Artist “A.Swoope”Makes a Name for Himself in the Music Industry 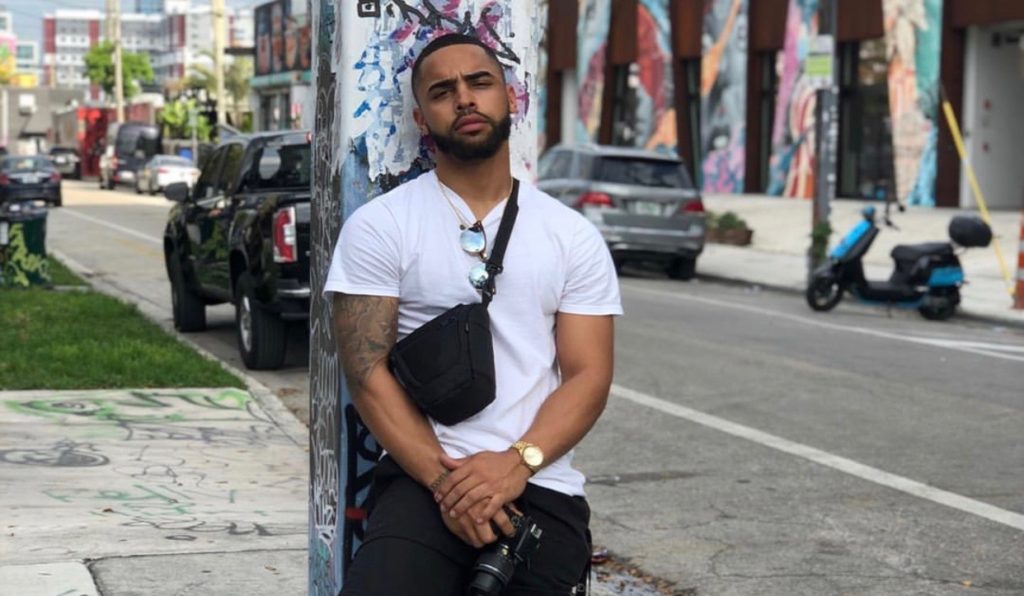 A. Swoope, a former Division I baseball athlete and Minor League player from Port Saint Lucie, Florida, is an artist who wants his audience to relate to him enough to where he has them locked in as life-long listeners. Because he writes and engineers his own music, he hopes to create a genuine bond with his fans. The independent hip-hop artist has been compared to big names such as J.Cole, 6lack, and Drake because of similar qualities in their music. His debut album, “$TILL SOLID” features lead singles, “Goin’ Up,” “Without You,” and “Blessed.”

Get to know more about A. Swoope below:

How would you describe your sound and style?

I’ve always found the best way to describe my sound- a mix between today’s rap, and the rap old heads pray would come back. It’s challenging and intellectual, but still energetic enough to make you want to play it back one more time! I’d also say my music has always been pretty transparent. Luckily, I grew up in a diverse childhood. I’ve been able to take little pieces of everywhere and what I’ve been through to make it my own sound.

When did you know that pursuing music was for you?

I started writing music in 2007 when my step dad got locked up. I remember at the time, T.I was my favorite rapper. The entire King album was just so fire to me. I started taking it serious in 2009, my freshman year of high school. My uncle had a little home studio and I had to dog sit for him for a week. I was supposed to let the dogs out and feed them, then leave, but it turned into me spending hours there. I had no idea what I was doing, but I fell in love with it.

Why is music your passion?

Being an African American male, there’s really only two things you really desire to be. You either rap, or you play ball. I was able to accomplish that dream of playing professional baseball, and now I’m trying to make this music shit happen. Theres no censorship. I can be me. The hardest thing about playing baseball and doing music was, I was making rap music, but playing a white man’s game. Without baseball, I definitely wouldn’t have gotten a degree, so I had to use that as a vessel, but playing college and professional ball definitely slowed down my music career a little.

Who are the top 3 artists that you currently look up to?

My top 3 artists in no order are J.Cole, Drake, and Tory Lanez.

What impact are you looking to make with your music? Who do you want to impact, and why?

I want to create a better environment for my family, and just be able to literally take care of all their needs. I want to travel the world and sing my songs with people who know all my lyrics. I want to have the type of impact where people damn near faint when they see me because I’ve impacted them so much…so much that they almost don’t believe you’re a real person until they see you with their own two eyes.

Are there any life-changing stories or incidents that impacted your music career, your decision to do music, or your journey?

In 2015, I got talked into what I thought was a paid studio session. I basically got played and almost killed. That was the first time I had a gun pulled on me. That made me more hesitant to work with other people than I already was, but growing up being raised by only a single mother has definitely had the biggest impact on me. She wasn’t always perfect, but she grew into the best provider and she always tried her best. Seeing her get physically and mentally abused as a kid really shaped me into a kid who needed an outlet because I was exposed to so much bad shit.

How would you describe to someone how you are different and stand out from other artists?

I think my music speaks for itself. I think if you listen to even just my album, $till Solid, you can hear the versatility within the project. More than anything, I’m just so transparent about myself and who I am. I wasn’t born and raised in the streets, but I’ve been around it. I know the guys who’ll do the dirt, but that isn’t me. At the same time, I’m cool with people who live far away from that world. Ive always been able to fit in without effort. I’m a good dude with purpose, and I’m trying to show the world my gift.

How many albums/EPs have you released to date, and what are you currently working on?

I’ve released 1 EP in December of 2019, $till Solid. I’m working on releasing singles, visuals, and growing my fan base, as of right now.

Tap in to the independent artist’s visual for his lead track, “Goin’ Up,” off of “$till Solid,” and follow him on all social platforms, which can be found below!