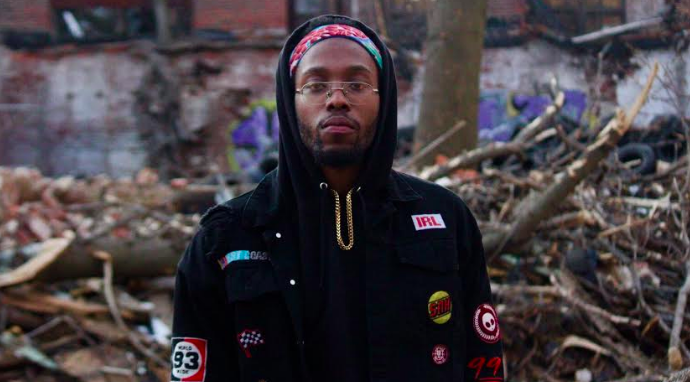 Philadelphia artist, Duece Da God, brings the heat with a mix of hip-hop, R&B and pop. His name comes from Wale’s track, “Friends N Strangers,” where Wale says, “Duece!” at the beginning. While this stuck with Duece Da God, his friends started calling him “Da God” because of the talent he had while freestyling, and the name Duece Da God was born.

The independent artist built his own fan base off of the energy and positivity he brings with his music. Although he has lived in the East Coast his whole life, Duece Da God gets his hip-hop inspiration from West Coast rappers. His current inspirations are West Coast legends, Tupac, Nipsey Hussle, and Kendrick Lamar for the way their music can be applied to real-life situations. One of Duece Da God’s proudest moments is getting noticed by another West Coast heavy hitter, The Game, where he offered words of encouragement letting Duece Da God know that he is on the right path.

While Duece Da God feels he has an incomparable sound, he has been compared to Tupac and Kendrick Lamar in terms of lyricism and substance. Duece Da God stands out from other artists because nothing is fabricated. As someone who writes his own music, Duece Da God will never be caught dropping flows about things that he’s never personally gone through in life. The artist says his fans have personally reached out to him to let him know that his music has changed their ways of thinking for the better.

He plans to create visuals to go along with every song on his latest released album, Our Year. For now, you can support his music video for “Still Partying” that just dropped! The visual and overall vibe of the song will definitely get you excited to party hard once this quarantine is over!