Drop Top Alibi Is Ready To Rock On

Drop Top Alibi Is Ready To Rock On 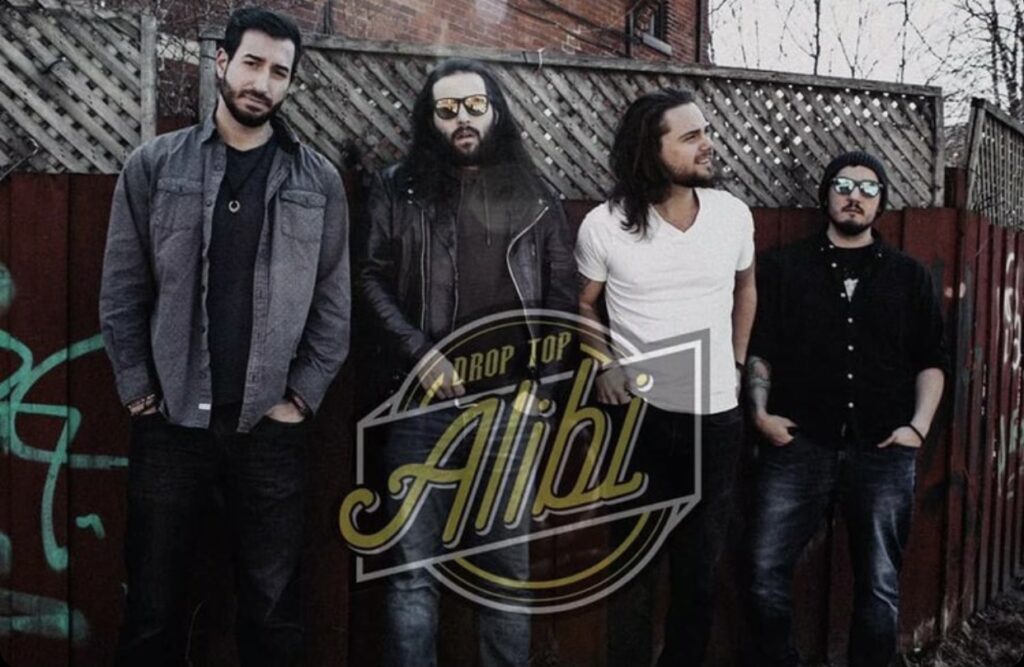 Drop Top Alibi is a Hard Rock band from Toronto, Canada who is very guitar-driven with a groovy rhythm section. The band got their band name from a funny story about an Irish guy and some panties. Their genre is Hard Rock with a mix between styles and sounds from the ’70s and ’90s with a modern feel. They all started their music careers as young kids learning different instruments. Bands started in high school, and they all got the urge to make it a full-time thing from the on.

When asked what their favorite song is, Drop Top Alibi responded “Our favorite single definitely “Burn.” It’s done a lot for us and it’s gotten the most radio play both commercially and independently. On top of that, we jam the shit out of it live!”

The band has memorable moments and some great mentors along the way as well. Especially guys like Gilby Clarke, formerly of Guns n’ Roses. Drop Top Alibi won iHeart Radio’s Rock Search Contest for 97.7 HTZ FM which got them permanent commercial radio play. The band has released a 4 song EP, and five other singles on top of that. They recently released their latest single (Not Your Average) Sunday Morning and you can stream their music on all platforms!