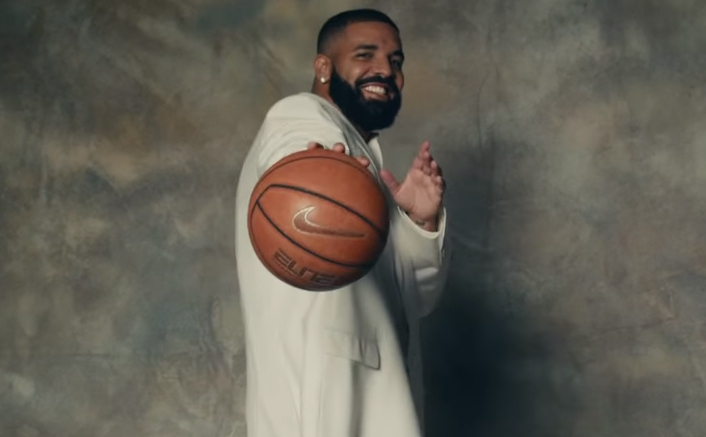 Drake is comin’ out on top (again!) with his latest single “Laugh Now Cry Later.” The song features rapper Lil Durk and is expected to be on Drake’s next album, “Certified Lover Boy.” The triumphant track is also accompanied by a music video, starring some of the biggest names in sports including Kevin Durant, Odell Beckham Jr., and Marshawn Lynch. And if that wasn’t enough, the visual was filmed at the Nike World Headquarters in Beaverton, Oregon.

From Drake’s underwater boxing pose to Kevin Durant blocking the rapper’s shot and dunking on him, the cameos and sports references add a nice touch to the visual. Durk can bee seen riding a jet ski at night and posing for an NBA portrait with Drizzy, channeling his inner Lebron by wearing an oversized white suit, similar to James’ 2003 NBA Draft outfit.

The Toronto rapper has been on a roll lately; just last month he dropped two songs with DJ Khaled, and he’s let his fans know that he’s almost done with the new album. The hustle is real!

“Laugh Now Cry Later” is the first song off Drake’s upcoming sixth studio album, which is due later this summer.