Do It Right or Don’t Do It at All: DatBoiiPolo is Bringing Some Flair to the Music Industry

Do It Right or Don’t Do It at All: DatBoiiPolo is Bringing Some Flair to the Music Industry 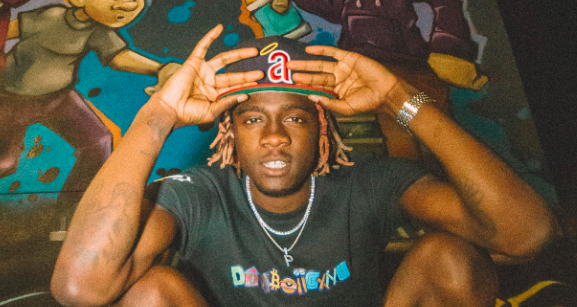 Orange County, California-grown artist, DatBoiiPolo, brings to the rap game Hip-Hop culture with a modern taste. DatBoiiPolo’s music without a doubt brings out positive energy out of fans and the people around them. The artist writes his own lyrics and makes sure to bring a fresh, new sound to each track he releases. Since May of 2019, DatBoiiPolo has released 18 tracks and is by no means stopping there!

The college student-athlete also has a one-up on other upcoming artists. He is well versed in the networking process due to party promoting and throwing events before the pandemic. DatBoiiPolo has the personality to easily collaborate with others, and appreciates all of the positives that come with it. He explains, “Being a musician, I love networking and being introduced to new waves. There is so much talent in this game. It’s unbelievable, and the amount of knowledge that gets thrown at me just turns me up to really get deep with this music.”

If DatBoiiPolo could collaborate with anyone in the industry, he would choose Compton rapper, YG, because of his cadence and the swag he brings on and off the mic. He admires that YG speaks his personal truth through his music. DatBoiiPolo feeds off the energy from artists like YG, 1TakeJay, Blueface, and Shoreline Mafia. He would even choose to perform at Rolling Loud over any festival because of the vibes and culture that are displayed.

DatBoiiPolo explains that although he hasn’t released too much on his personal life story, it is definitely on the way! The Hip-Hop artist also has an EP in the works, plus singles with collaborations and exciting visuals! If he could give any advice to his younger self, he would say, “All the little critical things you do that matter are gonna lead up to the blessing situations. Do it the right way or don’t do at all. Only you can control you.”

Tap in with DatBoiiPolo through Apple Music, Spotify, Soundcloud, and Youtube!